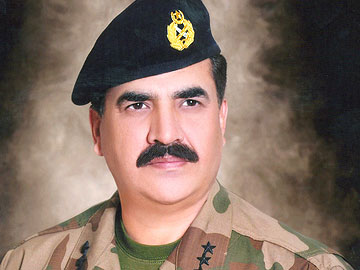 Islamabad: Lt Gen Haroon Aslam of the Pakistan Army today resigned a day after he was superseded by his two juniors who were made the new Army chief and the Chairman Joint Chief of Staff Committee (CJSCS).

Aslam has sent his resignation letter to Defence Ministry from the GHQ, Geo News reported.

He was the senior most General after Kayani.

However, Sharif yesterday appointed Lt Gen Raheel Sharif as the 15th Chief of the Army Staff and Lt Gen Rashad Mahmood as the new CJCSC.

Since, Aslam was superseded, many were expecting his resignation.

Sharif had earlier said he would go by seniority to elect the new Army Chief but he chose the third most senior ranking General.

Some analysts say that appointing Gen Mahmood as the CJCSC, a largely ceremonial post, is an attempt by the Prime Minister to side line Gen Kayani's preferred candidate and reassert his authority over the military.

It is believed that Lt Gen Aslam did not enjoy Kayani's support.

The News reported that one of the reasons for his non-selection was his "key role" as Director of Military Operations on October 12, 1999 along with the-then DGMO Major General Shahid Aziz to oust Sharif from power.

Then, Brigadier Aslam led the team to arrest all the cabinet members, including Sharif.

Another possible reason cited by the daily was that he was a Special Services Group commando and Sharif does not like commandos, particularly after his experience with Gen Pervez Musharraf.

It reported that Aslam had yesterday phoned both his junior colleagues congratulating and greeting them on their promotions.

He also led the successful anti-Taliban operation in Swat Valley in 2009 and was due to retire on April 9 next year.
Comments
Nawaz SharifPervez Musharraf