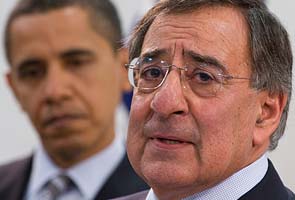 Washington: CIA Director Leon Panetta has told US lawmakers that Washington is trying to get to the bottom of Pakistan's "troubling" role in its professed ignorance about Osama bin Laden's whereabouts and whether it was either involved or incompetent.

In a closed-door briefing for House of Representatives members Tuesday, Panetta told lawmakers "either they were involved or incompetent. Neither place is a good place to be", CNN reported citing two sources.

Responding to a question from a member of Congress about Pakistan, Panetta made clear that he and other administration officials are trying to get to the bottom of which it was - involvement or incompetence.

Bipartisan frustration had been boiling over from both parties when it became clear that Osama's compound was in an urban area less than a mile from a major Pakistani military academy, CNN said.

"It had everything except a neon sign sticking out there," Democratic Senator Frank Lautenberg told the channel.

"There is no way that people in the ISI (Pakistan's intelligence agency) and military did not know that Osama bin Laden has been living there for quite some time," Republican Allen West, who served in the army in Iraq and was a civilian officer in Afghanistan, was quoted as saying.

Promoted
Listen to the latest songs, only on JioSaavn.com
Lautenberg and West are among several lawmakers who say the Congress should cut off funding immediately, to try to force Pakistani officials to answer questions about what they knew about Osama's location.

Over the last eight years, the US has given Pakistan nearly $20 billion dollars in foreign aid, mostly to try to convince the tenuous ally to help combat terrorism.