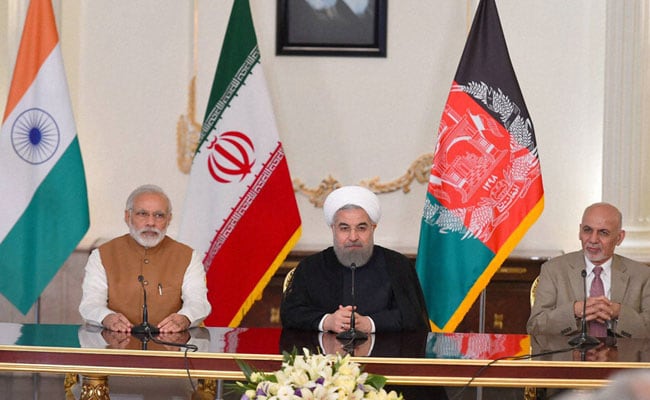 Islamabad: The trilateral alliance between India, Afghanistan and Iran on the strategic Chabahar port is a security threat to Pakistan, defence experts in Islamabad have said and asked the government to use diplomatic manoeuvres to avert falling into an "abyss of isolation".

Dawn reported that their comments are a reflection of the opinion held in military circles, which have been deeply suspicious of the port and the trade route.

Former defence secretary Lt-Gen (retired) Asif Yasin Malik said: "The alliance between India, Afghanistan and Iran is a security threat to Pakistan" and added that he feared that Pakistan is going into isolation.

"In view of the regional and global environment, I see Pakistan falling into an abyss of isolation primarily because of its own mistakes and partly due to the hostile policies of other states," he said.

He blamed the situation on the "dysfunctional Foreign Office" and the absence of a full time foreign minister.

Lieutenant General (retired) Nadeem Lodhi said the existence of such a "formidable bloc" in the neighbourhood had "ominous and far reaching implications" for Pakistan.

He feared the three-nation bloc will affect Pakistan's plans for regional economic integration, restoration of internal peace and maintenance of peaceful borders.

It will also affect the China Pakistan Economic Corridor (CPEC) timelines, he added.

"We need to break out of this encircling move with help from friends...diplomatic manoeuvres and by forging a strong deterrence," he said, adding that out of the three countries, Iran is most likely to pay heed to Pakistani concerns.

He suggested Pakistan use China's influence for fixing the problems.

"Iran must not be further alienated and its interests in CPEC should be developed," Mr Lodhi said.

He said that the defence and strategic relationship with China should be formalised instead of an unwritten understanding.

Ghulam Mujadid registrar at Air University of Pakistan Air Force said that the eminence of security in national priorities is reflected in the four military take-overs in the country and the "ascendancy of military in political, internal and foreign policy decision making".

"Pakistan needs to correct this strategic myopia. A survivalist mindset about national security dominates the political discourse and continues to be the central pillar in Pakistan's strategic calculations," he said.

Chabahar port, located in the Sistan-Balochistan Province on the energy-rich Persian Gulf nation's southern coast, lies outside the Persian Gulf and is easily accessed from India's western coast, bypassing Pakistan.