Oxford Vaccine, Approved By UK, Easier To Store, Cheaper Than Others

The government said in a statement earlier that it had "today accepted the recommendation from the Medicines and Healthcare products Regulatory Agency (MHRA) to authorise Oxford University/AstraZeneca's Covid-19 vaccine for use. 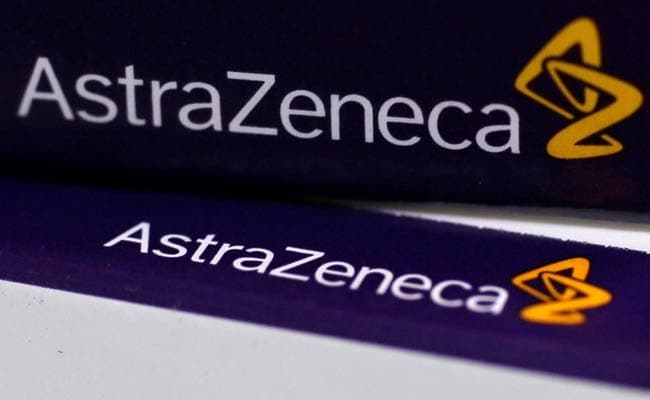 Britain will become the first nation to roll out the jab on January 4.

Britain on Wednesday became the first country in the world to approve the coronavirus vaccine developed by drug firm AstraZeneca and Oxford University, with a mass rollout planned from January 4.

The vaccine can be stored, transported and handled at normal refrigerated conditions, and is therefore cheaper and easier to administer than the Pfizer/BioNTech and Moderna jabs that require freezing.

The government said in a statement that it had "today accepted the recommendation from the Medicines and Healthcare products Regulatory Agency (MHRA) to authorise Oxford University/AstraZeneca's Covid-19 vaccine for use."

Britain will become the first nation to roll out the jab on January 4, Health Secretary Matt Hancock said, amid mounting concerns that another dangerous spike in infections could overwhelm the NHS.

"Brilliant to end 2020 with such a moment of hope," tweeted Hancock.

"The #coronavirus vaccine is our way out of the pandemic -- now we need to hold our nerve while we get through this together."

Britain is struggling with another surge in the virus, with a record 53,135 cases reported on Tuesday.

More than 71,000 people testing positive for the disease have died so far, one of the worst tolls in the world.

The approval followed "rigorous clinical trials and a thorough analysis of the data by experts at the MHRA, which has concluded that the vaccine has met its strict standards of safety, quality and effectiveness," said a Department of Health and Social Care spokesman.

The MHRA approved the vaccine after receiving an application on December 23.

Britain approved a shot produced by Pfizer-BioNTech on December 2, and has already vaccinated around 800,000 people with the first dose, Prime Minister Boris Johnson said last week.

He predicted trials would show his firm had achieved a vaccine efficacy equal to Pfizer-BioNTech at 95 per cent and Moderna at 94.5 per cent.

Initial large-scale trials in which volunteers in the UK and Brazil were given two full doses showed 62 percent effectiveness.

For volunteers who received a half-dose first and then a full dose one month later, however, the vaccine was found to have 90 per cent efficacy.

The values were averaged to give the 70 per cent figure intially reported by the developers.

Despite criticism of the discrepancies in the results and a perceived lack of transparency by AstraZeneca, great hopes have been placed on the shot, originally based on a weakened version of a chimpanzee virus, because of its low cost.

AstraZeneca's vaccine also enjoys a logistical advantage over the Pfizer-BioNTech alternative, as it can be stored, transported and handled at normal refrigerated conditions of between two and eight degrees Celsius (36-46 Fahrenheit) for at least six months.

That is a far cry from the minus 70C needed for Pfizer/BioNTech's vaccine and could allow use of the existing refrigerated supply chain to cut costs.

Nearly 200 million doses of the AstraZeneca vaccine will be made before the end of the year, the UK drug manufacturer has said, and more than 700 million globally by the end of March next year.