The annual session of China's parliament commenced yesterday, setting the stage for the ratification of controversial measures to remove two term limits for 64-year-old Xi and inclusion of his thought into the Constitution. 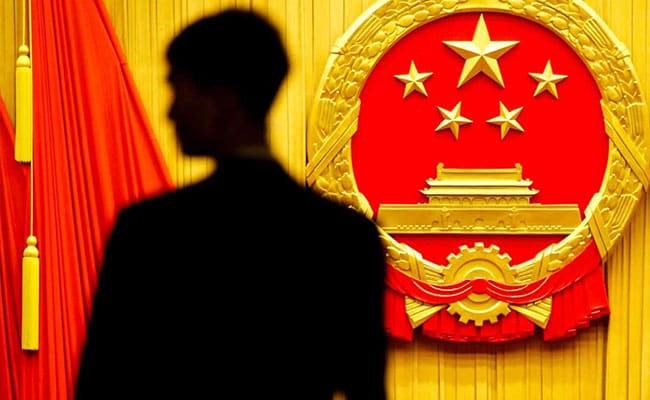 Beijing: A constitutional amendment to scrap the two-term rule for President Xi Jinping and allow him to become the leader for life was tabled today in China's national legislature by the ruling Communist Party, which claimed an overwhelming support from the cadres and public for the controversial move.

The annual session of China's parliament commenced yesterday, setting the stage for the ratification of controversial measures to remove two term limits for 64-year-old Xi and inclusion of his thought into the Constitution.

Nearly 3,000 legislators from around the country is expected to attend the two-week gathering of China's National People's Congress (NPC).

A draft amendment to China's Constitution, along with other amendments, was submitted to the national legislature for deliberation yesterday and is expected to enshrine Xi's 'Thought on Socialism' with Chinese characteristics for a new era in the fundamental law of the country, the state-run Xinhua news agency reported.

Since the era of the party founder Mao Zedong, whose rule was marked the horrific Cultural Revolution (1966-76) in which millions reported to have been killed, the party followed the two term for the top posts to ensure collective leadership and to prevent emergence of dictatorial setup in the one-party state.

The NPC, often regarded as the rubber stamp parliament for its routine adoption of bills moved by the CPC, is expected to ratify the amendments later this week without any problem.

In a rare move, the CPC which keeps the NPC proceedings on sensitive issues under wraps revealed a speech by a senior official claiming the move to scrap term limit for Xi was moved following overwhelming appeal from the party and the public.

Yesterday, speaking to the lawmakers, who are widely expected to approve the change in a vote next Sunday, Wang Chen, secretary general of the NPC justified the move.

During consultations and surveys at the grass-roots level, many regions, departments and members of the party and the public have unanimously called for the rules on presidential term limits in the constitution to be revised, he said, without identifying regions or departments, the Hong Kong based South China Morning Post reported.

The President's post is largely ceremonial while the real power rests General Secretary of the CPC and Chairman of the Military Commission, (CMC) the overall high-command of the military.

But the President is the only one with a formal limit of two terms introduced by late paramount leader Deng Xiaoping in 1982 to prevent another lifelong dictatorship after Mao Zedong's tumultuous rule.

Wang said proponents of the repeal suggested removing the limit would put the presidency on a par with the other two positions, which would help to protect the authority of the party's top leadership with Xi at its core and improve the leadership system, the Post report said.

He also said that the team tasked with amending the constitution had sought opinions from a wide range of groups from officials and party elders to non-party members and academics since November.

But observers were not convinced, the Post report said.

Kerry Brown, director of the Lau China Institute at Kings College London, said Wang's claim that the proposal had overwhelming support could be a veneer. It seems a highly tactical move, and one where those who were likely to be supportive were selected and recruited into the proposed change, creating a sense of consensus, and those likely to oppose it were kept out of the loop, he told the Post.

Promoted
Listen to the latest songs, only on JioSaavn.com
It is almost impossible to precisely gauge genuine public opinion on the extension of Xi's rule, with state media strictly controlled by the government and the internet diligently scoured by censors for any comment that harbours explicit criticism or veiled mockery, the Post report said.

Well-educated urban people took to social media to express their thinly veiled disaffection, but their sarcastic posts were swiftly met with blanket censorship. In the country's vast rural backwaters, however, Xi seems to enjoy more support among the less privileged thanks to his popular war on graft and poverty, it said.