Fijian Prime Minister Frank Bainimarama, presiding at the two-week talks in Bonn, said the outcome "underscores the importance of keeping the momentum and of holding the spirit and vision of our Paris Agreement." 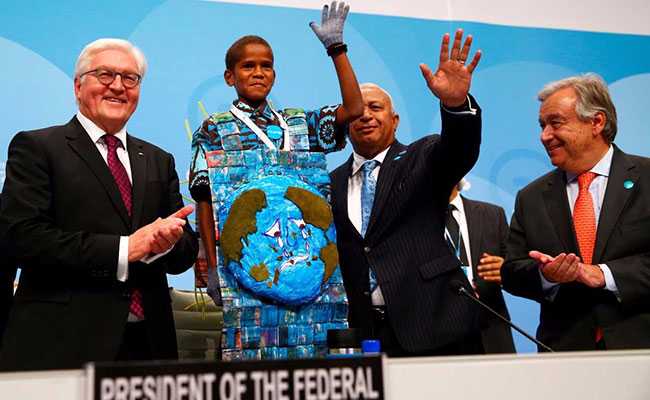 In Bonn, the negotiations were not easy especially after the US' withdrawal from the Paris climate deal.

Bonn: The Bonn Climate Summit in Germany came to an end on Saturday with almost 200 nations keeping the 2015 global agreement to tackle climate change on track after marathon talks overshadowed by US President Donald Trump's decision to pull out.

The negotiations dragged overnight till early morning and finally the developing countries appeared to secure something that seemed like a hard deal from rich nations.

Fijian Prime Minister Frank Bainimarama, presiding at the two-week talks in Bonn, said the outcome "underscores the importance of keeping the momentum and of holding the spirit and vision of our Paris Agreement."

Delegates at the summit agreed to launch a process in 2018 to start reviewing existing plans to limit greenhouse gas emissions as part of a long-term effort to ratchet up ambition.

And they made progress to draft a detailed rule book for the 2015 Paris agreement, which seeks to end the fossil fuel era this century.

The rule book, covering aspects such as how to report and monitor each nation's greenhouse gas emissions, is due to be ready by December next year.

Fiji also suggested a way to break the ice between developed and developing world in 'Talanoa Dialogue' - a term coined by the island state which will open the road for more cool-headed dialogue in 2018 when the next summit will take place in Poland.

Harjeet Singh, an expert in climate change negotiations said, "The phrase Talanoa is a local clan culture prevalent in Fiji and many other island nations where people sit together and talk about matters as if they are telling a story. Unlike the hot-headed fights here in summit during Talanoa they don't indulge in accusation and blame game."

The objective of Talanao Dialogue is to raise collective ambition so that countries can reduce carbon emissions responsible for global warming.

In Bonn, the negotiations were not easy especially after the US announcement of withdrawal from the Paris climate deal.  Developing countries wanted an account of progress on the pre-2020 commitments from the developed nations. Rich nations were asked to declare what actions they have taken at home to reduce emissions. It was also a rare show of solidarity among more than 130 nations despite many differences among them. However, the issue of climate finance remains a sticky point. 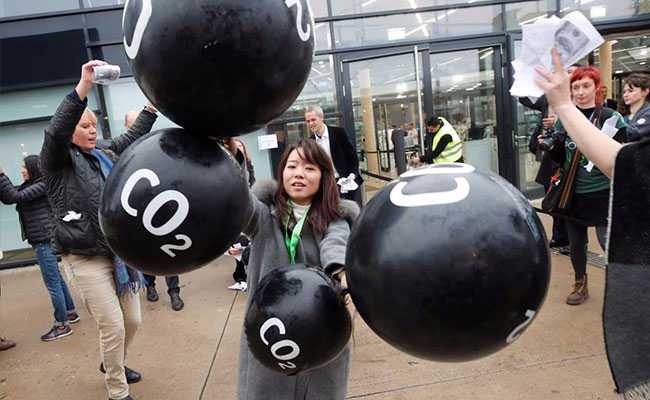 Sanjay Vashistha the Director of Climate Action Network (South Asia) said, "The three contentious issues remain here in the negotiations. Top of them is about the green climate fund. It means how the green climate fund will have 100 billion dollars per year and how this money will be evaluated. So that should start from next year because so far there is no money or recycled money but it's all a number game."

Promoted
Listen to the latest songs, only on JioSaavn.com
Among other main issues is the issue of loss and damage due to climate change induced disasters. Developing nations want money for the disasters caused by climate change which is the result of global warming. After the US announcement to exit from the Paris deal, some rich nations tried to hide behind US on these issues but solidarity among developing and poor nations managed to counter some of this tactic. All eyes will now be on the Talanoa talks next year in Poland.

AstraZeneca, Given As Booster, Gives Higher Antibodies Against Omicron