The gunmen set off an explosives-packed car near the prison before open firing on security guards at the facility in the city of Jalalabad, senior official said. 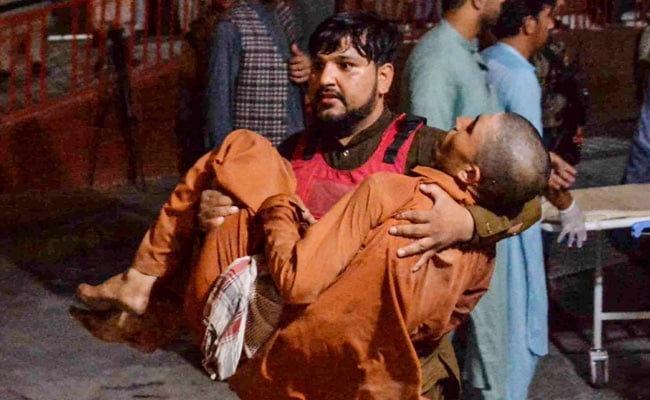 The Taliban denied they were involved in the assault.

Armed men stormed a prison holding hundreds of Taliban and Islamic State fighters in eastern Afghanistan on Sunday, killing at least three people and shattering the relative calm of a ceasefire across the country, officials said.

The gunmen set off an explosives-packed car near the prison before opening fire on security guards at the facility in the city of Jalalabad, Attaullah Khogyani, the spokesman for the governor of Nangarhar province, told AFP.

"A number of them have taken position in a market near the prison and are engaging the security forces," he said.

As the prison came under attack, about 100 inmates tried to escape but many of them were captured by security forces, Nangarhar police spokesman Tareq Aziz said.

But Ahmad Ali Hazarat, the head of Nangarhar provincial council, said that a "large number" of them had managed to escape.

A city wide search for them had been launched, a security source said.

The attack on the prison came a day after special forces of the country's intelligence agency announced the killing of a top commander of the Islamic State group in a security operation near Jalalabad.

Assadullah Orakzai was involved in several deadly attacks against Afghan security forces, the National Director of Security said on Saturday.

The Taliban denied they were involved in the assault, that came on the final day of a rare truce between the insurgent group and Kabul to mark the Eid al-Adha holiday.

"This is not our attack. Our mujahideen are not yet authorised to carry out attacks," Taliban spokesman Zabihullah Mujahid told AFP.

However the Islamic State group's news outlet, Amaq, announced that the IS was responsible for the Jalalabad prison raid, the SITE Intelligence Group tweeted.

Five to 10 attackers were involved in the prison assault, the Afghan security source told AFP, speaking on condition of anonymity.

Some of them were holed up in a building outside the prison compound, while few had managed to take position in one of the security towers inside the compound and were preventing security forces from entering, the source said.

The prison had more than 1,700 inmates from the Taliban and IS apart from other criminals, he added.

The ministry of interior confirmed the attack on prison.

"Based on initial information, at least three people have been killed and five more wounded," Tareq Arian, spokesman for the ministry said.

He said police and special forces have been deployed to the site.

Afghanistan's eastern province of Nangarhar has seen regular attacks, several of them claimed by IS.

On May 12, a suicide bomber killed 32 mourners at a funeral for a police commander in the province in one of the deadliest attacks this year.

That attack was claimed by the IS.