One Dead In Brussels Shootout Linked To Paris Attacks 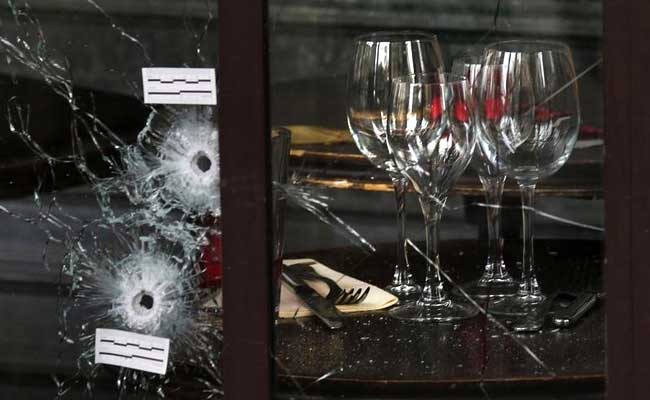 Belgian police investigating the November Islamist attacks in Paris were hunting a gunman after shots were fired during a raid on a house in Brussels. (Reprsentational Image)

Brussels, Belgium: Police shot dead one suspect on Tuesday during a major Belgian-French anti-terror operation in Brussels linked to the Paris attacks, after gunmen opened fire and wounded four officers.

The dead person had not been identified but prosecutors said it was not Salah Abdeslam, a key suspect in the November Paris massacre which killed 130 people, and who fled to Brussels after the attacks.

Armed police came under fire as they carried out a search on a property in the Forest suburb in the south of the Belgian capital, sparking a series of gun battles in which one suspect was killed, prosecutors said.

"Police were fired at," Eric Van Der Sypt, a spokesman for the Belgian federal prosecutor, told AFP, adding that the search was "linked to the Paris attacks investigation".

"A body was found during a search of a house ... his identity has not been established yet but whatever the case, it is not Salah Abdeslam," Van Der Sypt was later quoted as saying by the Belga news agency.

Dozens of security forces in balaclavas armed with submachine guns cordoned off the scene, while police vehicles with flashing lights rushed into the search area, AFP reporters said.

A police helicopter hovered overhead checking reports that other suspects might have escaped over the roofs.

The local mayor said that two people were believed to be holed up in a house, but as the operation appeared to be winding down, authorities later only mentioned the suspect who was killed, without saying if they were searching for more.

"A team made up of Belgian and French police came under fire, apparently from assault weapons, during a raid," he said after arriving in the Ivory Coast capital following a weekend shooting rampage by jihadists there that killed 18.

People in two schools and two nurseries near the scene were asked to remain indoors and the security cordon around the area was extended, the local mayor's office said.

Parents at the cordon line became increasingly distressed as they were unable to get to their children, before they were eventually let out one by one, accompanied by armed police.

Police also started letting people back into their homes.

The incident took place across the street from an Audi auto factory and the train lines leading to the Gare du Midi railway station from where Eurostar trains run to London and Thalys trains to Paris.

Two weeks after the Paris attacks Brussels was put on five days of lockdown with authorities warning of an imminent threat of violence amid an ongoing manhunt for Abdeslam.

Soldiers are still on guard at key areas including train stations and EU institutions with Belgium remaining on its second highest terror alert.

Abdeslam, 26, who is believed to have played a key role in organising the Paris attacks, fled across the border to Belgium hours after the killings in the French capital and is now one of the most wanted men in Europe.

A French police source said the operation was "not targeting Salah Abdeslam" but was "aimed at people connected to one or several of the 11 Belgians who have been charged."

Since mid-November, 11 people have been arrested and charged in Belgium in connection with the killings and eight are still in detention.

Abdeslam was reportedly holed up for three weeks after the Paris attacks in an apartment in the Schaerbeek district in north Brussels, where police found a fingerprint, traces of explosives and possible suicide belts.

Belgian authorities found two other properties used by the attackers before the Paris massacres -- a flat in the industrial town of Charleroi and a house in the rural village of Auvelais near the French border.