Once Unspoken, "Vagina" Gets Stage Debut In Myanmar

In Myanmar, where sex is still a taboo subject, co-director Nandar told AFP she hopes to "normalise conversations about women's bodies" even if it makes people uncomfortable. 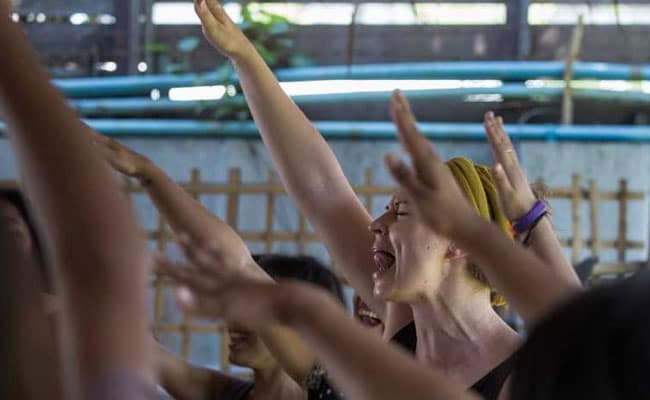 "Papu, pi pi, sapat" -- the slang for female genitalia elicits giggles during a rehearsal for Myanmar's first-ever Burmese-language "Vagina Monologues", as the country's conservative image is shaken up on-stage and online.

This week a production of Eve Ensler's famed feminist play opens in Yangon and includes two showings in the local language.

Its exploration of issues around sexual consent, body image and genital mutilation made it revolutionary in the '90s when it premiered in New York and interpretations have spanned the globe since.

In Myanmar, where sex is still a taboo subject, co-director Nandar told AFP she hopes to "normalise conversations about women's bodies" even if it makes people uncomfortable.

"Women grew up here without cherishing their bodies because they were mainly taught their body is like a disgusting object," the 24-year-old from northern Shan State says.

"This play is very powerful as women are telling stories about themselves."

Under a bamboo gazebo serving as the stage, women sit in rapt attention as performers run their lines speaking frankly about pubic hair, rape and menstruation -- normally taboo topics.

"It's more worrisome if we don't think about the yoni!" shouts one actor during Sunday's final rehearsal, using a polite Burmese word for vagina that has its roots in Sanskrit. 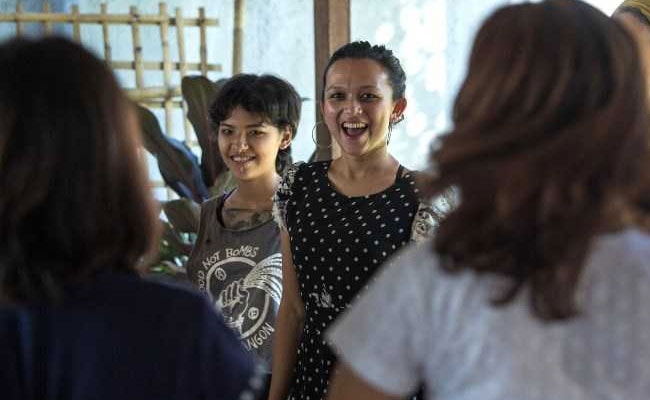 Under a bamboo gazebo serving as the stage, women sit in rapt attention as performers run their lines speaking frankly about pubic hair, rape and menstruation -- normally taboo topics.

Myanmar's best-known figure is civilian leader Aung San Suu Kyi, a female icon still revered by locals as "Mother Suu" even though her global reputation lies in tatters over the Rohingya crisis.

But she remains a rare exception in a nation where positions of power -- whether in politics, at work or at home -- are largely dominated by men.

Myanmar started opening up in 2010 after decades of isolation under military rule, and women in recent years are opting for more contemporary Western attire.

Some social attitudes are changing too but the fight for equal rights is still seen as an "extreme ideology", says Pyo Let Han, co-founder of feminist organisation Rainfall.

"They think it would destroy our Myanmar traditions and norms," she says. "There's still a long way to go."

One widely-held belief in the majority Buddhist country is that men are granted a special power from birth.

"We're told that boys are morally superior to us...that the very space we occupy is dirty," says Baelachaung, the Instagram moniker of a female duo harpooning Myanmar cultural stereotypes.

The two 20-something Yangonites, who wish to remain anonymous, are part of a growing population of young people taking to social media platforms to access and propagate more liberal ideas.

The pair, whose name combines the millennial term of endearment "bae" with the spicy Myanmar condiment balachaung, pepper their feed with pointed statements in between Kardashian-inspired memes.

Men who insist their partners use emergency contraception so they do not need to wear a condom are one frequent target.

Their critics accuse them of misandry, or hating men, but the two have also been surprised by the support received from their mostly Myanmar followers through private messages.

"It really goes to show that Myanmar youth values tolerance and inclusivity," they say. 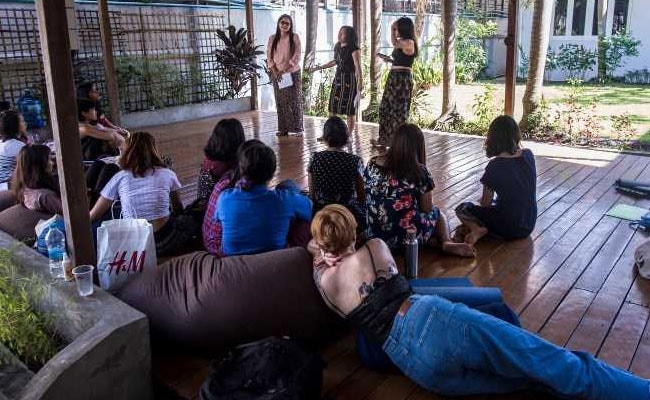 One widely-held belief in the majority Buddhist country is that men are granted a special power from birth.

But the role of women in society is still very much "stuck in the middle", says Su Mon Thaw, a brand manager for family planning organisation DKT International.

The company's online ads for contraceptives have raised eyebrows for emphasising the importance of consent and female pleasure in a country where even buying condoms can be considered shameful.

The stigma of talking about sex means women often do not feel responsible for contraception, Su Mon Thaw says.

"(Women) have to know more about their bodies and the (birth control) methods that they use. If they don't know and rely on men, they become more vulnerable."

The rehearsing actors have an easy rapport with each other but many still laugh nervously as one delivers an impassioned speech demanding better treatment for her "angry vagina".

Co-director Nandar equates the knowledge of your body to "taking your power back", and says she has seen her acting troope transform during the rehearsal process.

Marketing associate Thu Zar Lwin says she does not identify as a feminist because the word is "too big".

But she is opening the show along with two other actors by reeling off various Myanmar names for vagina.

"I've never said those words to others in public, let alone on stage," the softly-spoken 28-year-old says.

"But I've found someone inside me that is not a silent woman and I just want to express myself."