"I Am All Alone (Poor Me) In White House": Trump Tweets On Christmas

"I am all alone (poor me) in the White House waiting for the Democrats to come back and make a deal on desperately needed Border Security," President Trump wrote 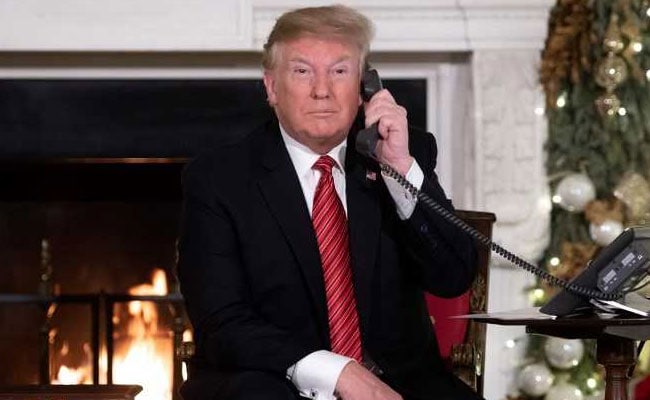 In his third straight day holed up inside the White House during the partial federal government shutdown that he initiated over his demand to construct a border wall, President Donald Trump barked out his frustrations on Twitter: Democrats are hypocrites! The media makes up stories! Senators are wrong on foreign policy - and so is Defense Secretary Jim Mattis!

Trump said war-ravaged Syria would be rebuilt not by the United States but by Saudi Arabia. "Thanks to Saudi A!" he tweeted, two weeks after the Senate unanimously rebuked the kingdom's crown prince for the killing of journalist Jamal Khashoggi.

As the stock market closed out its worst December since 1931, the president placed sole blame for the staggering sell-off on the Federal Reserve, likening the central bank to a golfer who "can't putt."

That was all before noon. And then, at 12:32 p.m., came Trump's 10th tweet of the day, a plaintive complaint from a president who craves constant interaction and praise:

"I am all alone (poor me) in the White House waiting for the Democrats to come back and make a deal on desperately needed Border Security," he wrote. 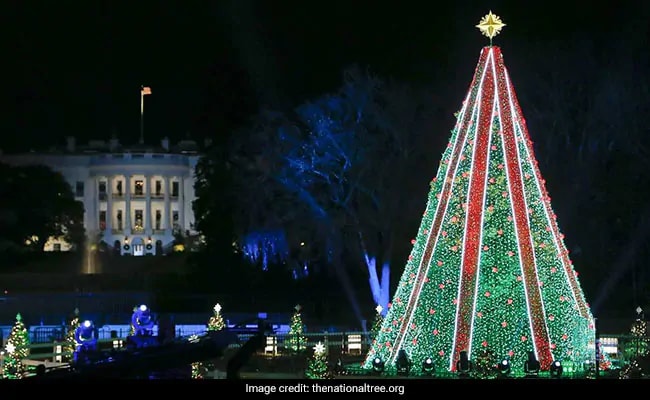 The National Christmas Tree that sits behind the White House was reopened to the public after becoming an unfortunate totem of Washington's political dysfunction when it went dark over the weekend amid the federal shutdown.

Even for a president accustomed to firing at foes on social media, Monday's cascade of angry tweets on a day when many Americans were celebrating the season with their families was extraordinary. The rapid-fire missives painted the portrait of an isolated leader nursing a deep sense of injury.

"This is a picture of a lost and damaged soul," said Peter Wehner, who served in the prior three Republican administrations and is a Trump critic. "There's something sad and poignant about a president isolated and alone. He's like King Lear, raging against the winds."

White House officials did not respond Monday to requests for comment about Trump's tweets and activities.

Trump is acting like a commander under siege as he heads into what promises to be a treacherous 2019. Nearly every organization he has led in the past decade is under investigation - including his private business, his family's charitable foundation, his 2016 presidential campaign and his inaugural committee. And after Democrats take over the House majority on Jan. 3, they plan to probe alleged corruption throughout the administration, as well as his personal finances.

The president, meanwhile, is increasingly standing alone. Even some fellow Republicans criticized his abrupt decision to withdraw U.S. troops from Syria, expressed dismay at the abrupt departure of the defense secretary and opposed the criminal justice reform bill that the administration championed.

On Monday, Trump appeared to be literally isolated, left largely by himself in the city he has whirled from one crisis to another. The Capitol had emptied out, with most lawmakers headed home for the holiday. Vice President Mike Pence was a couple of miles up the road at the Naval Observatory, celebrating Christmas Eve with his family in his residence.

First lady Melania Trump, who had flown as scheduled to Florida last week for the family's annual Christmas trip to Mar-a-Lago, returned to Washington on Monday to celebrate the holiday with her husband. 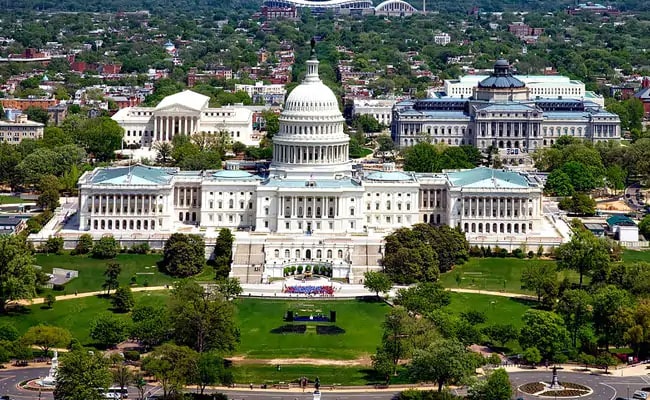 Since the partial government shutdown began overnight Friday, Donald Trump has tapped out about 35 tweets - including 10 in a span of three hours Monday that appeared to be his running list of grievances.

President Trump, who had not been seen in public since before the government closed Friday, appeared Monday evening with the first lady for an annual photo opportunity tracking Santa Claus on military radar. The couple sat in armchairs in the State Dining Room, where a fire was crackling and presents sat around two Christmas trees. They talked into separate phones to participate in NORAD Santa Tracker calls with children.

Trump risked blowing Santa's cover when he asked a child named Coleman, "Are you still a believer in Santa? Because at 7 it's marginal, right?"

When a reporter asked about the government shutdown, the president replied, "Nothing new on the shutdown. We need border security."

Later in the evening, the Trumps attended 10 p.m. services at Washington National Cathedral.

Just before sundown, Trump tweeted a photo of himself sitting at the Resolute Desk in the Oval Office, wearing a suit and red tie and accompanied by two aides for what he called a "Christmas Eve briefing with my team working on North Korea."

"Progress being made," Trump wrote. "Looking forward to my next summit with Chairman Kim!" Earlier in the day, a federal judge ordered North Korea to pay more than $500 million dollars for its mistreatment of an American student who was "barbarically tortured" there and died shortly after returning to the U.S.

There appeared to be little else on the president's schedule, besides what aides said was a 2 p.m. closed-door meeting on border security with Homeland Security Secretary Kirstjen Nielsen.

Trump declared at 5:24 p.m., "I am in the Oval Office," and he said he had just awarded "a 115 mile long contract for another large section of the Wall in Texas." Administration officials did not immediately provide details about the project. Trump has repeatedly boasted falsely that large portions of his border wall already have been built.

Since the partial government shutdown began overnight Friday, Trump has tapped out about 35 tweets - including 10 in a span of three hours Monday that appeared to be his running list of grievances.

"It's a sad and pathetic moment when on Christmas Eve the president of the United States is firing downer tweets in a petulant, loner mood," said presidential historian Douglas Brinkley. "This is like Charles Dickens' Scrooge on steroids."

Trump's outburst came after he had ground through some of his guardrails, firing White House chief of staff John F. Kelly and forcing Mattis to vacate his post two months before his planned exit date in retaliation for negative news coverage of the defense secretary's resignation.

Now he faces the lack of a graceful exit path from the government shutdown, having dug in on his demand for $5 billion in funding for the border wall and fearful of making any concessions with Democrats that might set off conservative activists.

Sen. Brian Schatz, D-Hawaii, mockingly wrote Monday on Twitter, "Hey republicans your guy is having a moment let us know if you come up w a plan to fix."

Meanwhile, the financial markets are shuddering and Trump's staff is churning, with numerous Cabinet positions now held by acting secretaries. The president and his lawyers are also anxiously awaiting the possible culmination of special counsel Robert Mueller's Russia investigation and any legal or political challenges that could follow.

Some U.S. allies, including French President Emmanuel Macron, have voiced concern about Trump's recent actions, including the Syria withdrawal and the resignation of Mattis, a former Marine general who is widely respected by Western leaders.

But amid his litany of complaints Monday, Trump decided it was the moment to declare victory. He tweeted an all-caps twist on his campaign slogan: "AMERICA IS RESPECTED AGAIN!"

(Except for the headline, this story has not been edited by NDTV staff and is published from a syndicated feed.)
Comments
President Trump Alone on ChristmasPresident Trump in White House