Twelve Indians were among the 17 people killed in the horrific bus accident on June 7 when the bus, coming from Oman, wrongly entered a road not designated for buses and crashed into a height barrier 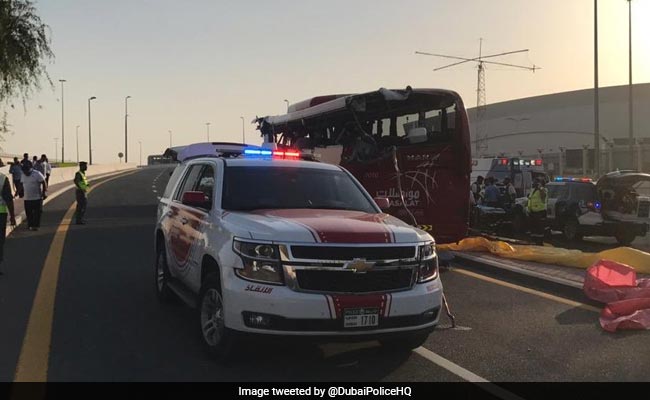 The Omani bus driver, who rammed the vehicle into a height barrier in Dubai that killed 17 people, including 12 Indians, has been sentenced to seven years in jail followed by deportation and ordered to pay $925,000 as blood money, according to media reports.

Twelve Indians were among the 17 people killed in the horrific bus accident on June 7 when the bus, coming from Oman, wrongly entered a road not designated for buses and crashed into a height barrier that cut the left side of the bus and killed passengers sitting on that side.

The others killed in the accident include two Pakistanis, one Omani and one Filipina.

According to The Gulf News, the Dubai Traffic Court has ordered that the 53-year-old bus driver be deported after his jail term is over and in addition he should pay $13,000 (dirham 50,000) fine.

He will also have to pay $925,00 (dirham 3.4 million) in blood money for the families of the victims and his licence was also suspended for one year, the report said.

After the court pronounced its judgement, families of the crash victims said that the "justice is served," the Khaleej Times reported.

Many families are glad that the judgement came so fast.

"We think the judgement is fair, and we expected it. We are happy that it came so fast. We predicted it would take a few more months. Now, we can start the procedural work," one of the relatives said.

"The family is back home in Thalasherry, Kerala. We're still unclear on what to do next, but I think the logical next step is to be appointing a lawyer to help us get the amount. They are in extreme financial distress, and this amount would really help," he was quoted as saying by the report.

On June 6, the Muscat-to-Dubai Mwasalat bus service struck an overhead height barrier at 94 km/h at the turn off from Mohammad Bin Zayed Road leading onto Rashidiya Road, where it was due to make a scheduled stop at Rashidiya Metro.

According to the Traffic Prosecution, the speed limit on that road is 40 km/h.

The driver took a wrong left turn not designated for buses which led to the height restriction, instead of going right, the authorities said.