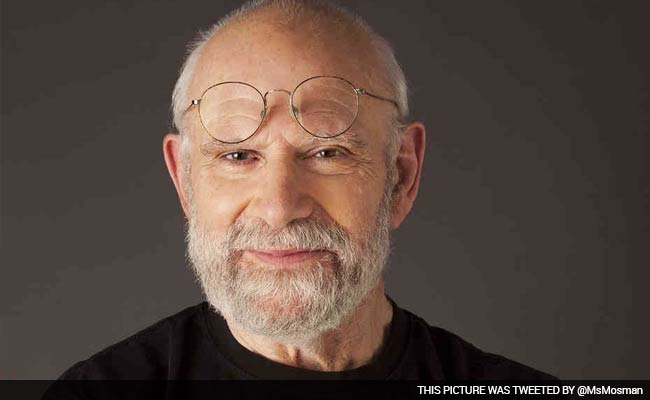 Born in London, Oliver sacks was educated at Oxford and then emigrated to Canada, then to the United States, arriving in New York in 1965 where he taught, wrote and practiced for the rest of his life.

New York: Renowned neurologist and writer Oliver Sacks, who explored the mysteries of the human brain in a series of best-selling books, died today at age 82, the New York Times reported.

Sacks' longtime personal assistant, Kate Edgar, told the Times he died at his home in New York after a battle with cancer.

Sacks was the author of the 1973 book "Awakenings," which detailed his real-life experience with patients who suffered from a condition known as encephalitis lethargica, and how they were able to exit -- however briefly -- from their catatonic states with the aid of a drug.

The story was adapted into a 1990 Oscar-nominated film of the same name starring Robin Williams and Robert DeNiro.

Sacks announced in February that he had been diagnosed with terminal cancer after a rare melanoma of the eye diagnosed nine years earlier was found to have spread to his liver.

"I feel grateful that I have been granted nine years of good health and productivity since the original diagnosis, but now I am face to face with dying," he wrote in an essay in the New York Times opinion page.

"It is up to me now to choose how to live out the months that remain to me. I have to live in the richest, deepest, most productive way I can."

Born in London, he was educated at Oxford and then emigrated to Canada, then to the United States, arriving in New York in 1965 where he taught, wrote and practiced for the rest of his life.
Comments
Oliver SacksRobert DeNiroKate EdgarRobin Williams1990 OscarAwakeningsOliver Sacks Dies