It is absolutely imperative that Donald Trump be defeated, Bernie Sanders, a former Joe Biden rival and a keynote speaker on the event's opening night, said. 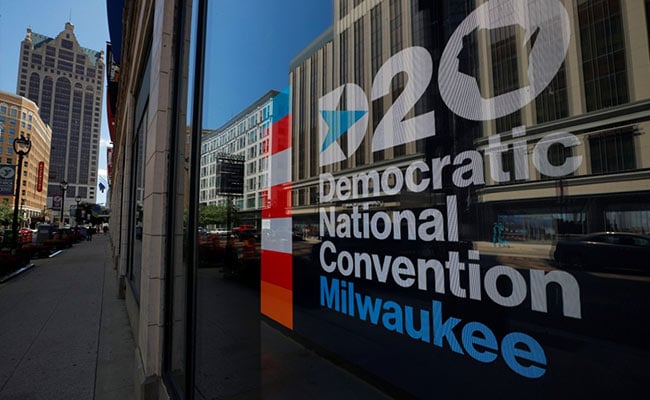 The four-day convention was originally planned for Milwaukee but was forced online by the pandemic.

As Democrats on Monday open an unprecedented virtual convention, the party's disparate factions are projecting a united front behind Joe Biden, brought together by their common determination to oust Donald Trump in November's election.

"It is absolutely imperative that Donald Trump be defeated," Bernie Sanders, a former Biden rival and a keynote speaker on the event's opening night, said Sunday on ABC's "This Week."

Adding to the drama, the four-day convention -- originally planned for the Midwestern city of Milwaukee but forced online by the COVID-19 pandemic -- takes place amid a furor over Trump's efforts to limit mail-in voting.

The president, insisting without proof that mail-in voting fosters fraud, has threatened to block extra funding that Democrats say is urgently needed to allow the US Postal Service to process millions of ballots.

In normal election years, nominating conventions are a raucous scene, attended by tens of thousands of party faithful and designed to inspire the party's base and lure independents and the undecided.

Democrats had picked Milwaukee for its location in the important swing state of Wisconsin. The city had spent millions in preparation.

But planners have been struggling to find virtual replacements for the usual roaring applause, circus-like atmosphere and balloon drops.

Viewers are expected to be treated to live feeds from several Democratic "watch parties," some even live-streamed from drive-in theaters or featuring erstwhile Biden rivals like Senator Amy Klobuchar.

Or, some fear, it could make for a more boring show.

Biden enters the convention with significant but tightening poll leads over Trump and amid signs that his history-making pick of Senator Kamala Harris as his running mate -- the first woman of color on a major party's presidential ticket -- is widely popular among Democrats.

Harris, a former prosecutor and the daughter of Indian and Jamaican immigrants, has been promoted by Biden as the "American Dream" incarnate. At 55, she brings relatively youthful energy to bolster the 77-year-old Biden. 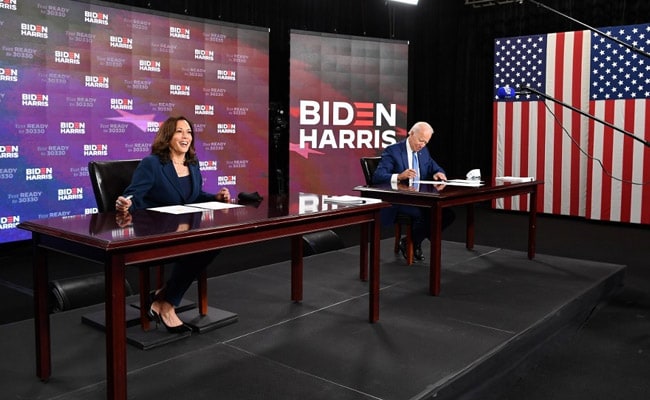 Joe Biden enters the convention with significant but tightening poll leads over Trump, along with Senator Kamala Harris as his running mate.

Democrats hope keynote speakers across four evenings will draw viewers to the prime-time slot that networks have committed to airing.

On Wednesday, former president Barack Obama will speak, and Harris will have her moment in the spotlight before the convention culminates Thursday when Biden formally accepts the Democratic nomination and delivers his acceptance speech -- via videolink from his home state of Delaware.

"If I'm elected president, I will always choose to unite rather than divide. I'll take responsibility instead of blaming others," Biden tweeted Sunday.

The convention has been overshadowed by a coronavirus pandemic that has now killed 170,019 Americans.

Another event that threatens to steal the show is a last-minute Trump campaign tour.

The incumbent president kicks off his cross-country tour Monday in the battleground states of Wisconsin and Minnesota and ends on Thursday, the biggest moment in Biden's political life, with a speech next to Scranton, Pennsylvania -- the blue collar town where Biden grew up and which he still refers to as his spiritual home.

With the nation's economy shedding millions of jobs, Biden will tout his $700 billion "Build Back Better" plan to invest in new technologies and create some five million jobs, an aggressive challenge to Trump.

In a move to soothe raw feelings over a rough Democratic primary season, progressives were given considerable voice in drafting the platform.

And in a nod to inclusivity, former Ohio governor John Kasich -- a moderate Republican -- has been given a speaking spot Monday.

What remains a mystery is how Americans will react to the most unconventional of political conventions.

"I think it will inspire people," Democratic National Committee chairman Tom Perez told MSNBC Sunday, highlighting the "ordinary Americans" who will also take the virtual stage -- including a frontline paramedic in Florida -- and present a contrast to Trump's divisive politics.

Judging by history, Democrats will get at least a slight bounce from the convention -- and Republicans can expect the same after their virtual event, beginning next Monday.

But whether history is an accurate guide is unclear.

"We really don't know whether this sort of 'non-convention,' or virtual convention plus a speech, will have anything like the kind of short-term impacts that we've seen in previous elections," said Charles Franklin, a Marquette University professor and pollster.