A handful of nurses sick of scandal over Facebook user privacy want a new prescription for a hospital named after Mark Zuckerberg. 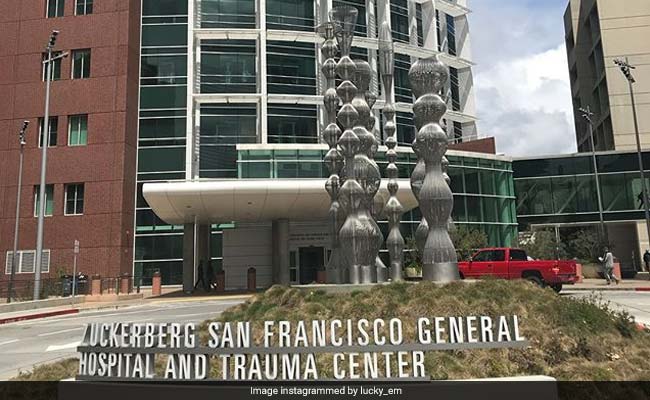 San Francisco, United States: A handful of nurses sick of scandal over Facebook user privacy want a new prescription for a hospital named after the social network's co-founder Mark Zuckerberg.

The Zuckerberg San Francisco General Hospital and Trauma Center said it added his name as a way of saying thanks after the Facebook chief executive and his doctor wife, Priscilla Chan, made a $75 million donation three years ago.

Hospital officials credited the couple's philanthropy with helping to make it possible to open a state-of-the-art acute care and trauma facility.

This past weekend, however, a "very small group" of people demonstrated to call for the Zuckerberg name to be removed because of privacy scandals at Facebook, a hospital spokesman told AFP.

A photo published at tech news website Business Insider showed protesters using what appeared to be blue masking tape to cover the name "Zuckerberg" on a sign outside the hospital.

Facebook has been scalded by revelations that political consulting firm Cambridge Analytica, hired by Donald Trump's presidential campaign, may have hijacked up to 87 million Facebook users' data.

US media quoted protesters as reasoning that the Zuckerberg name could make patients question how well the hospital will protect their privacy.

Facebook's main campus is in Silicon Valley, not far from San Francisco.

Naming buildings after major donors is common practice in the United States.

Promoted
Listen to the latest songs, only on JioSaavn.com
Zuckerberg and Chan about two years ago pledged $3 billion to help banish or manage all disease, pouring some of the Facebook founder's fortune into innovative research.