Defence Secretary Ben Wallace said. "I understand France's disappointment... the Australians have taken this decision that they want to make a change. 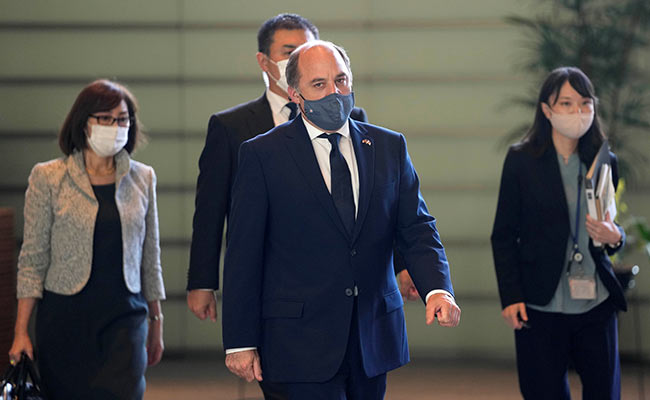 Britain was not out to "antagonise the French", Defence Secretary Ben Wallace said.

Defence Secretary Ben Wallace on Thursday said Britain was not out to "antagonise the French" but accepted their frustration about Australia's decision to scrap a submarine deal with Paris.

France has called Canberra's move "a stab in the back" after it abandoned a contract for diesel-powered subs in favour of nuclear-powered ones from the United States.

But Wallace told the BBC television: "I understand France's disappointment... the Australians have taken this decision that they want to make a change.

"We didn't go fishing for that but as a close ally, when the Australians approached us, of course we would consider it. I understand France's frustration about it."

Wallace told Sky News separately France remained one of Britain's closest military allies, adding: "We have no intention of doing anything to antagonise the French."

The tie-up demonstrates Western concern about China's growing influence in the Indo-Pacific region, where France also has interests, including overseas territories.

Wallace said Australia's decision made sense given the scale and speed of Chinese military spending on its navy and air force.

"It's right that the UK, alongside other allies such as Australia stand up for the rules-based system and international law," he told the BBC.

Diplomatic ties between London and Beijing have been strained, notably over concerns about an authoritarian crackdown in Britain's former colony of Hong Kong.

This week, China's ambassador to London was banned from speaking to pro-Beijing lawmakers at parliament, after China sanctioned critical British MPs.

China has also been angered at British criticism of alleged human rights abuses against Uyghur Muslims in the Xinjiang region.

The president of the Beijing-based Center for China and Globalization think-tank, Henry Wang, told BBC radio the new defence alliance was "part of a Cold War mentality".

"I think there's a question over the purpose of setting up such an alliance in peacetime in the 21st century," he added.