China's foreign ministry confirmed reports that Ri Yong Ho was transiting through the Chinese capital on his way to Sweden. 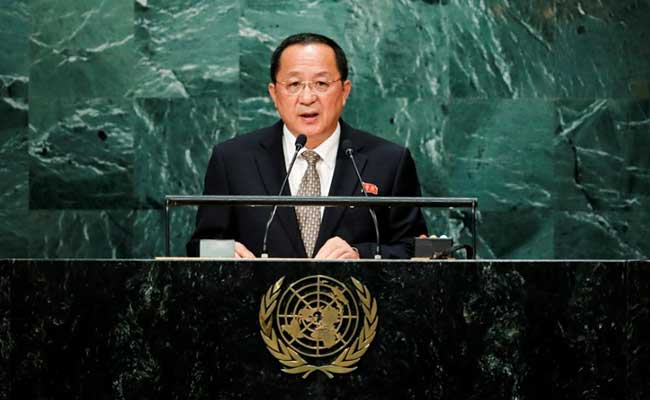 Stockholm, Sweden: North Korea's foreign minister on Thursday flew into Beijing en route to Stockholm, which could play a role in setting up a proposed summit between Donald Trump and Kim Jong Un.

Sweden's embassy in Pyongyang also represents US, Canadian and Australian diplomatic interests in North Korea, with the country playing a key role in liaising diplomatic talks.

China's foreign ministry confirmed reports that Ri Yong Ho was transiting through the Chinese capital on his way to Sweden, but did not provide any further information.

"The discussions will focus on Sweden's consular role as a protective force for the United States, Canada and Australia," a foreign ministry statement said.

Earlier this month, Trump thanked Swedish Prime Minister Stefan Lofven for Stockholm's efforts to negotiate the release of US student Otto Warmbier, who was arrested for stealing propaganda material during a 2016 trip to Pyongyang, but who died after returning home.

"We can't rule out the possibility of a contact between the North and the US" during Ri's trip to Sweden, a Beijing source told the news agency.

Promoted
Listen to the latest songs, only on JioSaavn.com
Trump has agreed to a summit proposal relayed by South Korean envoys who met Kim Jong Un in Pyongyang. But no specific time or venue has been set and North Korea has yet to confirm it even made the offer to meet.