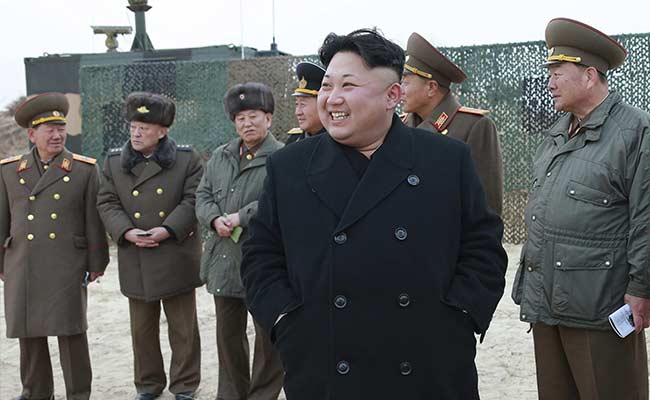 North Korea has test-fired a new "ultra-precision" intelligent rocket to be deployed across its navy, state media said today, in the latest evidence that Pyongyang is stepping up its development of missile technology.

"The ultra-precision anti-ship rocket blasted off from a rocket boat. The intelligent rocket precisely sought, tracked and hit the 'enemy' ship after taking a safe flight," KCNA said, without giving a location or date.

The new anti-ship rocket would be deployed across North Korea's navy "before long", it added.

Satisfied with the "perfect" development of the new rocket, Kim called for the production of "more tactical guided weapons of high precision and intelligence".

The nuclear-armed communist country has pushed for the development of new ballistic missiles and rockets, despite heavy sanctions imposed by the international community.

Pyongyang's rhetoric has become increasingly bellicose since the UN passed a resolution condemning North Korea's human rights record and calling for its leaders to be investigated for crimes against humanity, and Washington blamed it for a cyber-attack on a US film company.

Promoted
Listen to the latest songs, only on JioSaavn.com
South Korea and American experts believe that the North could be on the way to developing missiles that could threaten the US mainland, although opinion is split on how much progress it has made.

In 2012, Pyongyang demonstrated its rocket capabilities by sending a satellite into orbit, but it has yet to conduct a test that proves it has mastered the technology required for an effective inter-continental ballistic missile (ICBM).