North Korea Suspends Processing Of Tourist Visas Ahead Of Anniversary 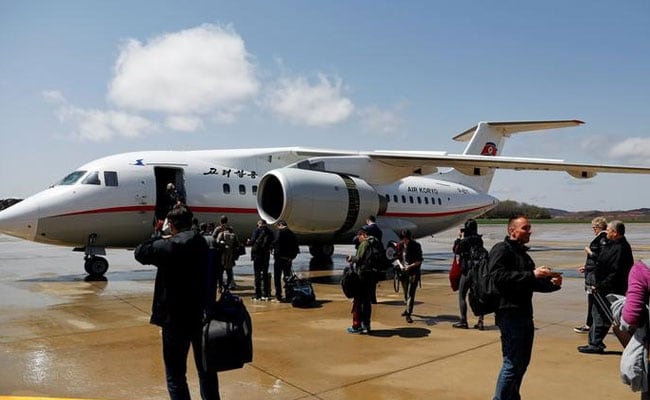 North Korea has stopped processing tourist visas for foreigners ahead of a high profile anniversary next month, according to a China-based tour operator.

The measure follows reports that Pyongyang had suspended visits by Chinese tour groups as it prepares to mark the 70th anniversary of the foundation of the Democratic People's Republic of Korea, as the country is officially known.

Koryo Tours, a popular agency among Western tourists seeking to visit the North, said on its website it had been "informed on 13 August by our partners in Pyongyang that they had been instructed from above that all tourist visa applications currently underway are to be frozen".

It was not given a reason for the freeze, the company said, but was told it would apply until the anniversary on September 9.

"This suggests to us that... a higher power in the country is simply pressing pause on tourism until it is clear to them who is coming in such delegations and how many people," it added.

Pyongyang has previously lavishly celebrated the date with military parades or mass games involving thousands of people performing acrobatic choreography in unison, and is expected this time to hold its first mass games for five years.

Speculation has also mounted that the nuclear-armed North could be preparing to mount a parade -- at which it normally shows off some of the weapons that have earned it multiple sets of UN Security Council sanctions.

Chinese President Xi Jinping is speculated to be on the guest list, as officials in the North told South Korean journalists that he was invited to the event.

In his New Year speech in January, leader Kim Jong Un said North Korean people would "greet the 70th founding anniversary of their Republic as a great, auspicious event".

The occasion comes during a rare diplomatic detente on the Korean peninsula which has seen the South's president Moon Jae-in and Kim Jong Un meet twice, with a third summit planned for September.

The rapprochement also led to a landmark summit between Kim and US President Donald Trump in Singapore in June, where the two leaders signed a vague agreement on denuclearisation.

Although Trump touted his summit with Kim as a historic breakthrough, the North has since criticised Washington for its "gangster-like" demands of complete, verifiable and irreversible disarmament.

The US has urged the international community to maintain tough sanctions on the isolated regime.

(Except for the headline, this story has not been edited by NDTV staff and is published from a syndicated feed.)
Comments
North KoreaPyongyangKorea