Citing an unidentified source, the agency said the holder of the new post of "first secretary" would chair meetings on behalf of Kim Jong Un. 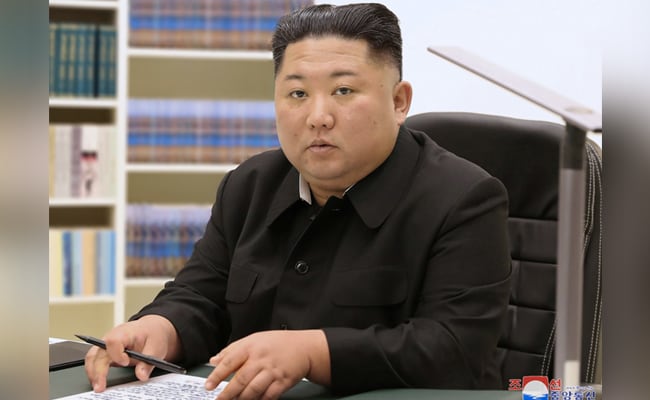 Citing an unidentified source familiar with North Korea, the agency said the holder of the new post of "first secretary" would chair meetings on behalf of Kim Jong Un.

Kim cemented his power at a congress of the Workers' Party of Korea (WPK) in January, where he was elected its general secretary, taking a title last held by his late father, Kim Jong Il.

Now Kim wants the party to play a greater role in government, as compared to the more-military centred administration of his father, the agency added.

"The term 'military-first politics', a major keyword in the Kim Jong Il era, is known to have been scrapped from the preface of the party by-laws," it said.

party by-laws were publicized in North Korea after the January meeting. But the ministry, which is responsible for relations with the neighbouring nation, cannot disclose details, it added.

Kim Jong Un himself used the "first secretary" designation from 2012 to 2016.

The new post is the most senior of the party's seven secretaries and is likely to have been taken by Jo Yong Won of the politburo's five-member presidium, Yonhap said.

Jo is considered one of Kim's closest aides, whose appointment to the presidium was reported by state media.

At the time of the January meeting, analysts viewed him as holding the government's No. 3 position, after Kim and Choe Ryong Hae, chairman of the Standing Committee of the Supreme People's Assembly.

Last year a South Korean lawmaker said the country's intelligence agency believed that Kim's sister, Kim Yo Jong, was serving as his "de facto second-in-command" but had not necessarily been designated his successor.

Kim has increasingly engaged with party members this year, particularly the cell secretaries, who are responsible for groups numbering up to 30 grassroots members each.