Tuesday's launch was of "great strategic significance", the official Korean Central News Agency said, as the North seeks to increase its defence capabilities a "thousand-fold". 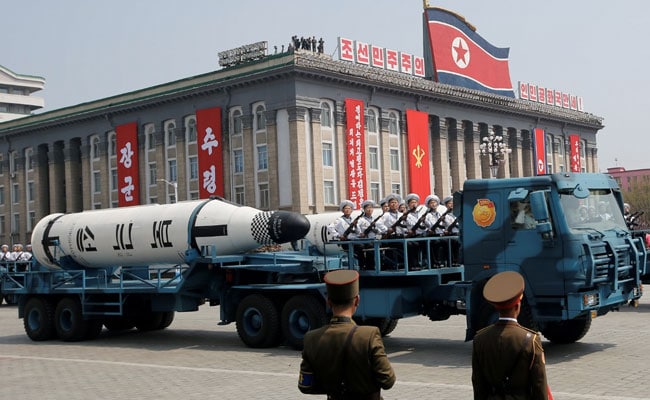 North Korea has successfully tested a hypersonic gliding missile, state media reported Wednesday, in what would be the nuclear-armed nation's latest advance in weapons technology.

Tuesday's launch was of "great strategic significance", the official Korean Central News Agency said, as the North seeks to increase its defence capabilities a "thousand-fold".

Hypersonic missiles move far faster and are more nimble than ordinary ones, making them much harder for missile defence systems -- on which the US is spending billions -- to intercept.

The launch from Jagang province "confirmed the navigational control and stability of the missile", along with its "guiding manoeuverability and the gliding flight characteristics of the detached hypersonic gliding warhead" and the engine, according to KCNA.

"The test results proved that all the technical specifications met the design requirements", it added.

The South's military had announced the launch shortly after it happened on Tuesday, but it did not officially reveal the missile's maximum altitude and flight distance afterwards, information that it normally makes available within less than an hour.

Both Koreas are building up their weapons capabilities in what could become an arms race on the divided peninsula.

The nuclear-armed North, which invaded the South in 1950, is under multiple international sanctions over its banned nuclear weapons and ballistic missile programmes, and earlier this month said it tested a long-range cruise missile.

Seoul is also spending billions on military development and this month successfully test-fired a submarine-launched ballistic missile (SLBM) for the first time, making it one of a handful of nations with the advanced technology.

On Tuesday, it held a ceremony to launch its third SLBM submarine.