Mike Pompeo told CNN that Trump is focused on getting "a demonstrable, verifiable" step toward denuclearisation during the summit. 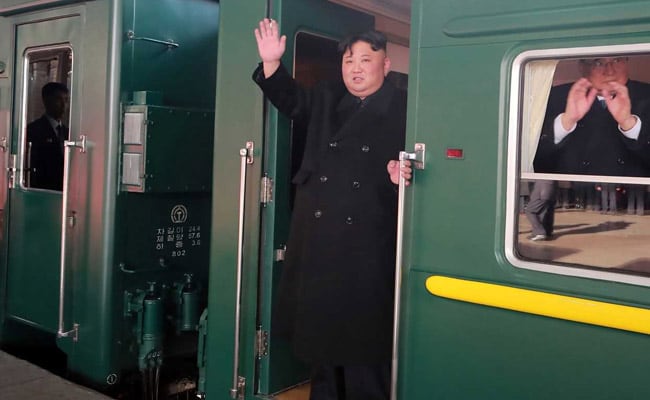 Donald Trump is set to meet Kim Jong-Un on Wednesday and Thursday in Vietnam.

US Secretary of State Mike Pompeo said North Korea still remained a threat, a reversal to President Donald Trump's remark that Pyongyang was no longer a nuclear threat to Washington.

When asked during a CNN interview on Sunday night if North Korea still remained a nuclear threat, Pompeo replied "yes".

"What he (Trump) said was that the efforts that had been made in Singapore -- this commitment that Chairman Kim (Jong-un) made -- have substantially taken down the risk to the American people. It's the mission of the Secretary of State and the President of the US to keep American people secure. We're aiming to achieve that," he added.

In June, Donald Trump, having just returned to Washington from the first summit with Kim Jong-Un in Singapore, tweeted: "There is no longer a Nuclear Threat from North Korea."

Donald Trump is set to meet Kim Jong-Un for a second summit on Wednesday and Thursday in Hanoi, Vietnam.

Mike Pompeo told CNN that Trump is focused on getting "a demonstrable, verifiable" step toward denuclearisation during the summit.

"There are many things he could do to demonstrate his commitment to denuclearization," he said.

The Secretary of State also said that core sanctions from the UN Security Council resolution on North Korea will be removed only after it fully denuclearizes, adding that the administration's standard for removing sanctions has always been "full, verified denuclearization".