North Korea earned almost $200 million in the first nine months of last year from banned commodity exports, providing crucial foreign currency for the isolated regime, according to a confidential United Nations report, portions of which were seen by Bloomberg News. 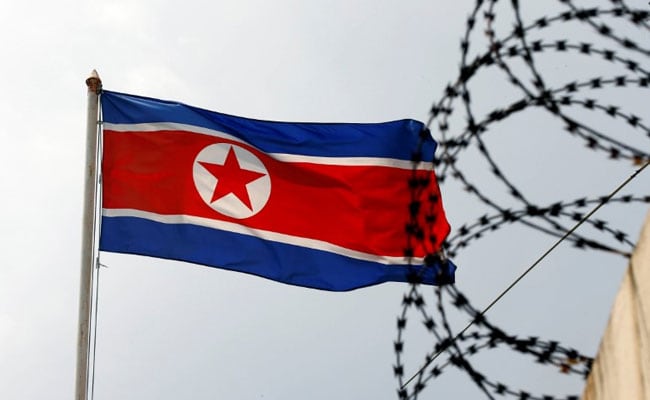 Both vessels have gone through repeated changes of names and owners, part of an international shell game that has undercut the escalating sanctions led by the U.S. and backed by the United Nations. President Donald Trump's administration has vowed to maintain its "maximum pressure" campaign on North Korea even as America's ally, South Korean President Moon Jae-in, pursues a fragile detente sparked by the Olympics.

North Korea earned almost $200 million in the first nine months of last year from banned commodity exports, providing crucial foreign currency for the isolated regime, according to a confidential United Nations report, portions of which were seen by Bloomberg News. The panel of experts who wrote the study said Kim's regime had shipped coal to ports in Russia, China, South Korea, and Vietnam, mainly using false paperwork and front companies that concealed the origin of the coal.

The banned exports and imports are transported on vessels flagged by countries in Africa, the Caribbean and Hong Kong. Sanctioned ships take on new flags, new companies are created to mask ownership and the vessels get new identities. Then they keep plying the same waters. That was the case with the two ships, the Jin Teng and the Jin Tai 7.

The Jin Teng, sanctioned by the U.S. in March 2016, became the Shen Da 8 and then the Hang Yu 1 last November, according to Kharon, a Los Angeles-based firm that identifies sanctions risks for banks and companies. The Jin Tai 7, also sanctioned by the U.S. in March 2016, changed its name to Sheng Da 6 two months later and then to Bothwin 7 last November, Kharon said. That was before a new round of UN sanctions was agreed on in December. Both ships remain on the U.S.'s sanctions list despite the name changes.

The Bothwin 7 visited the port of Lianyungang, China, in January, the same month that the Hang Yu 1 stopped at the Port of Ningbo-Zhoushan, also in China. Both ships, once part of a fleet owned by Ocean Maritime Management Co., based in Pyongyang and sanctioned by the U.S. Treasury Department and the UN, changed their names to evade detection, according to Kharon, whose researchers drill down into company releases as well as court and corporate filings to establish links between front companies and sanctioned entities.

"Sanctions against North Korea are largely symbolic gestures of disapproval that do not demonstrate any capability to change the political behavior of the Kims," said Robert Huish, an associate professor at Dalhousie University in Halifax, Canada, who has been monitoring the country's shipping traffic.

Enforcing sanctions is the biggest challenge for the Trump administration, which has led efforts at the UN Security Council to impose an increasingly tight net of restrictions. Last week, Treasury Secretary Steven Mnuchin announced a raft of new sanctions against 27 entities and 28 vessels, which he said would "significantly hinder North Korea's ability to conduct evasive maritime activities that facilitate illicit coal and fuel transports, and limit the regime's ability to ship goods through international waters."

The latest action was significant because of the range "of where these vessels are located or flagged -- from East Asia and the Pacific to Africa and Central America," showing how diversified North Korea's trade is, said Ben Davis, a former Treasury official who's head of research at Kharon.

Finding and tracking North Korea's joint ventures and covert relations is a difficult task for the Treasury and for UN investigators.

"Some of these partner firms maintain dynamic commercial interests and supply chains with European and Asian firms," Davis said.

More than half the UN member nations required to file implementation reports hadn't done so as of September 2017. UN investigators complain many countries respond inadequately to allegations and evidence of sanctions violations. Many member states either have weak domestic law enforcement agencies or competing political or legal priorities, leaving sanction violators unchecked.

Despite China's moves to reduce its trade with North Korea, it remains Kim's economic lifeline. Chinese aid, trade and investment is critical to North Korea's social stability and economic productivity and a key source of technology and hard currency. Although China has ordered North Korean businesses and joint ventures between Chinese and North Korean companies to close, U.S. officials say China can still do more to enforce sanctions against North Korea.

Untangling links between Chinese and North Korean companies is the hardest task of all, researchers say. Last August, Treasury sanctioned Chinese coal company Dandong Zhicheng Metallic Material for selling North Korean coal and for allegedly using the revenue to purchase other items for Pyongyang, including nuclear and missile components.

Zhicheng, based in the Chinese city of Dandong, on the North Korea-China border across the Yalu River, had a corporate page on Alibaba before being sanctioned, according to the court filing, and more than a dozen trading partners, including two state-owned Chinese entities, according to Kharon.

"Increasingly, the Treasury is going after Chinese actors to send a message to China's leaders that no entity is safe," said George Lopez, a sanctions expert and professor emeritus at the University of Notre Dame. "The administration is betting that it will make China worry about sanctions enforcement in a way that they hadn't done before and make the sanctions bite."

But China isn't the only source of trade with North Korea.

The UN report cites Singapore-based OCN (S) Pte Ltd, a wholesaler of electronic appliances and luxury goods, as having links with North Korea through exports of sanctioned luxury goods to the country and establishing improper financial relationships in the country.

In July, OCN (Singapore) Director Leo Ng told the local Straits Times newspaper that claims the company had exported banned items to North Korea were "all false." Ng would be available to comment Wednesday afternoon, according to a person who answered the phone in OCN's Singapore office.

Promoted
Listen to the latest songs, only on JioSaavn.com
Yet OCN has been linked to North Korea's Office 39, "a secretive branch of the government of North Korea that engages in illicit economic activities and generates revenues for North Korean leadership," according to the U.S. Treasury.

(Except for the headline, this story has not been edited by NDTV staff and is published from a syndicated feed.)
Comments
Kim Jong UnWashington