No Charges For US Cop Who Shot Black Man, 21, Mistaking Him For A Gunman

A policeman identified only as "Officer 1" opened fire on Bradford when he saw him running with a weapon in his hand, the report said. 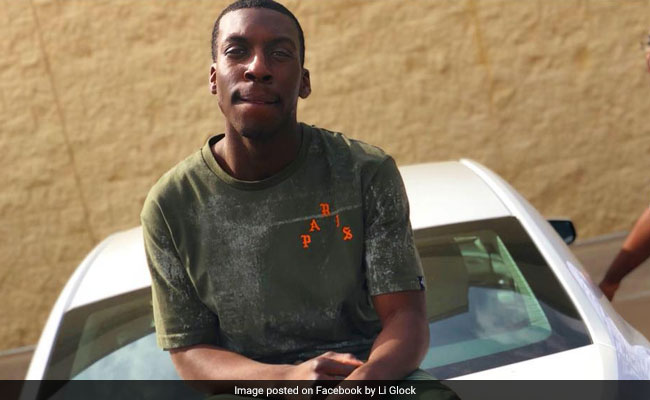 Emantic "E.J." Bradford, 21, was shot three times by a police officer in a shopping mall in Alabama.

An Alabama police officer who shot and killed a black man he mistook for a gunman will not face any charges, the state attorney general said Tuesday.

Emantic "E.J." Bradford, 21, was shot three times by a police officer in a shopping mall in Hoover, Alabama, on November 22 of last year.

The fatal shooting sparked protests by civil rights activists and accusations of racism against the police.

Bradford was shot as police responded to gunshots in the crowded mall, according to a report released by Alabama attorney general Steve Marshall.

Bradford was not involved in that shooting.

But a policeman identified only as "Officer 1" opened fire on Bradford when he saw him running with a weapon in his hand, the report said.

"Officer 1 identified E.J. Bradford as an immediate deadly threat to innocent civilians and thus shot Bradford to eliminate the threat," he said.

Officer 1's actions were "reasonable under the circumstances," he said, and "do not constitute a crime under Alabama law."

A 20-year-old man was later arrested and charged with attempted murder in connection with the initial shooting, which left another man seriously wounded.

Bradford's father, Emantic Bradford Sr, denounced the report's findings and the decision not to charge the police officer.

"My son was murdered," Bradford told reporters. "And you think I'm going to let it go? That was a homicide."

The Alabama branch of the ACLU, a civil rights advocacy group, reacted to the report with a tweet saying "Black lives matter."

"We won't stay quiet when police inflict lethal violence against Black people and attempt to 'justify' it," the ACLU said.

"Black lives matter" has become the rallying cry of protestors demonstrating against police shootings of young black men in the United States.

(Except for the headline, this story has not been edited by NDTV staff and is published from a syndicated feed.)
Comments
Emantic Fitzgerald Bradford JrAlabama Shopping Mall ShootingUS Police Shooting