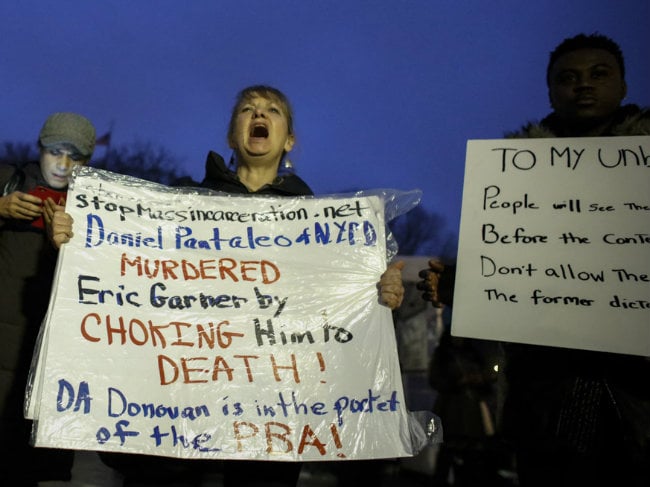 New York: A grand jury on Wednesday said it would not charge a white New York police officer in the choking death of a black man, US media reported.

Promoted
Listen to the latest songs, only on JioSaavn.com
Eric Garner, a 43-year-old father-of-six, died after being placed in a chokehold by New York police Officer Daniel Pantaleo while being arrested on suspicion of selling illegal, untaxed cigarettes in Staten Island on July 17. The decision comes after a grand jury in the Missouri town of Ferguson declined to charge another white police officer who shot an unarmed black teen.