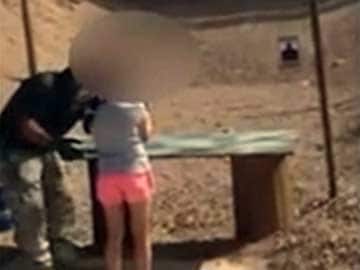 Dolan Springs: A 9-year-old girl accidentally killed an Arizona shooting instructor as he was showing her how to use an automatic Uzi, authorities said on Tuesday.

Vacca was standing next to the girl at the Last Stop outdoor shooting range in White Hills when she pulled the trigger and the recoil sent the gun over her head, investigators said.

Authorities said the girl was at the shooting range with her parents. Her name was not released.


A woman who answered the phone at the shooting range said it had no comment. She did not provide her name.

It is not known if the range had an age limit on shooting or if the girl was going through a safety class.

Promoted
Listen to the latest songs, only on JioSaavn.com
Ronald Scott, a firearms safety expert, said most shooting ranges have an age limit and strict safety rules when teaching children to shoot. He said instructors usually have their hands on guns when children are firing high-powered weapons.

"You can't give a 9-year-old an Uzi and expect her to control it," Scott said.
Comments
United Statesgirlshooting instructor