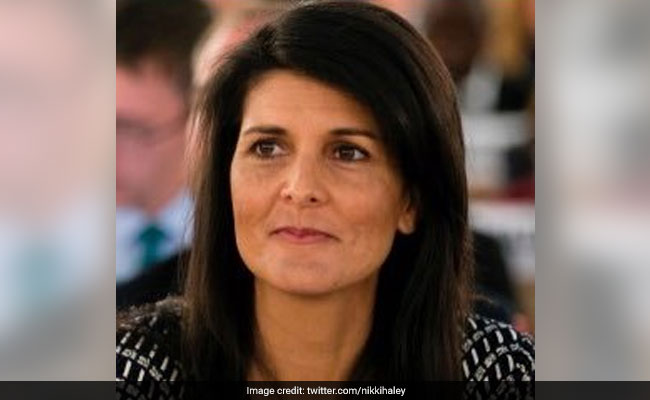 Taking over as the Security Council President, United States Permanent Representative Nikki Haley in an unprecedented move has ripped open the veil of secrecy around the Security Council bringing the underlying rifts to the open but stalled the adoption of the agenda for the month.

Ms Haley brushed aside the genteel diplomatic backroom practices on Tuesday and held in the open the Council's first meeting of the month - conducted so far behind closed doors " to frame its programme of work for the month by consensus.

She proposed a briefing on Nicaragua that was opposed by at least six members of the Council, including permanent members Russia and China, and perhaps for the first time in recent memory the body could not agree by consensus on the agenda for the month.

Reflecting the US President Donald Trump's combative, unilateral approach to the world, Ms Haley declared that the Council would work without a consensus agenda and said that as president she would hold the briefing on Nicaragua on Wednesday.

Having the agenda-setting meeting out in the open left no room for the negotiations and compromises that usually take place behind closed doors to reach consensuses.

The uncompromising stance may score points with Donald Trump's - and Nikki Haley's - base but would make it difficult for moving forward issues that come up this month before the Council where words and even punctuation are finessed through give and take.

Nicaragua has been wracked by protests against the government of President Daniel Ortega since April and at least 100 people have died in confrontations between the protesters and the government.

Ms Haley, who has brought it to the fore, said the situation there was dire and it risked becoming another Syria or Venezuela - two other nations in Washington's cross-hairs.

She asked, "How many people have to die before the situation becomes a matter of peace and security?"

Bolivia which led the opposition to US move said the Nicaraguan situation was not a threat to international peace and questioned the Council getting involved in the issue because the body was "not democratic" and does not represent all the members of the UN.

Russia, China and some others also asserted that the Nicaraguan situation was not a threat to international peace and would be an interference in the internal of that coutry.

Kuwait's Permanent Representative Mansour Al Otaibi said that holding all Council meetings in the open was "unprecedented" and "unheard of," especially because it was an initiative of a permanent member.

Later at a news conference, Ms Haley said that since the time she became a legislator in her native South Carolina state she had advocated open meetings and would continue to do so at the UN.

Washington, which had withdrawn from a multinational agreement with Iran on stopping its nuclear programme, put international focus on failure to keep its part of the deal and fuel instability across the world, she said.

Ms Haley said that Trump would preside over a Council session on Iran on September 26 and Iranian President Hassan Rouhani, who would be in New York for the annual high-level General Assembly session, could attend it if he wanted to.

Donald Trump would also chair a high-level event at the Council on the global drug threat with a call call for global action on the problem on September 24, the eve of the high-level General session, she said.

The US President has made battling the crisis of opioid addiction that has gripped the US a priority and even suggested that the nation should consider death penalty for drug dealers.

According to the US government more than 72,000 people died from dug overdose last year, nearly 50,000 from using opioids, including misuse of pharmaceuticals.

One of the signature programmes during her presidency would be a session on "Corruption and Conflicta next Monday, Haley said.

Corruption was a fundamental cause of conflict in many instances and has been overlooked, she added.