"Omicron is widespread globally... Therefore, it is a matter of when, not if, we will identify more cases," the head of Nigeria's Centre for Disease Control said. 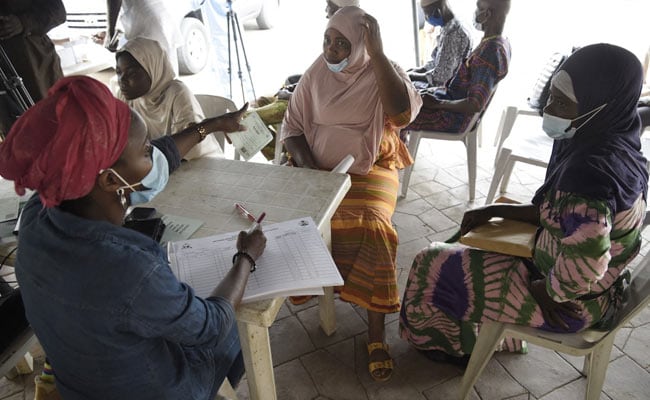 Nigeria, Africa's most populous country, on Wednesday confirmed its first cases of the new Covid-19 variant, among three passengers who had arrived from South Africa.

"Genomic surveillance has now identified and confirmed Nigeria's first cases of the B.1.1.529 SARS-CoV-2 lineage, now known as the Omicron variant," said the head of Nigeria's Centre for Disease Control, Ifedayo Adetifa.

"Omicron is widespread globally... Therefore, it is a matter of when, not if, we will identify more cases," he added.

The coronavirus outbreak has killed 2,976 people and infected 214,113 in Nigeria, according to official statistics, but the real figures are believed to be much higher, in part because of low testing rates.

Home to around 210 million people, the West African nation has launched vaccination campaigns and requires civil servants to show proof of vaccination or a negative test to enter public buildings.

The government said it plans to inoculate 112 million or 70 percent of adults by the end of next year.

The emergence of Omicron, first reported to the World Health Organization in South Africa a week ago, has already spread rapidly across the globe with borders shutting and dozens of countries rolling out travel restrictions.

Nigeria had already reinforced some of its travel measures and imposed an additional test on day two.