In a field starved for options, demand is exceeding supply for Wegovy, a weekly injection launched in June that dampens patients' appetite and helps them to lose about 15 per cent of their body weight. 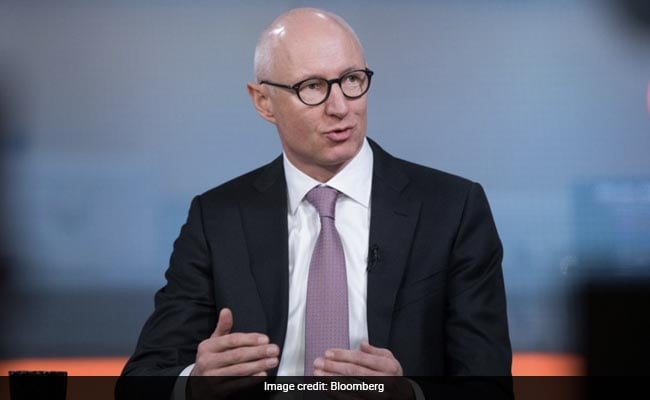 Patients are flocking to the first new obesity medicine to reach the market in years, boosting returns for drugmaker Novo Nordisk A/S.

In a field starved for options, demand is exceeding supply for Wegovy, a weekly injection launched in June that dampens patients' appetite and helps them to lose about 15% of their body weight. The Danish drugmaker's obesity-drug revenue surged by an unprecedented 41% last quarter.

The pandemic may have played a role in motivating people to lose weight amid evidence that carrying extra pounds can worsen the outcome for Covid-19 sufferers, Chief Executive Officer Lars Fruergaard Jorgensen said Wednesday. But the drug is also the first slimming prescription medicine to gain clearance for seven years in the US, where a majority of adults are overweight and struggle to either shed pounds or keep them off.

Drug pricing is coming down in US even if consumers are facing higher co-payments, Jorgensen said during the interview.

"Demand is strong," Fruergaard Jorgensen said on a conference call Wednesday. "It's of course unfortunate that we can't help all patients." The company is working through supply constraints to produce and package as much of the medicine as possible, he said, and the imbalance should resolve early next year.

Novo, best-known for its diabetes treatments, is pivoting to treat the global obesity epidemic -- a related chronic ailment with untold growth potential. Many drugmakers have tried and failed to harness the market, offering medicines that either disappointed or turned out to be risky.

The world will have an estimated 1 billion people considered obese by 2025, raising the risk of diabetes, heart disease and cancer, and driving health-care costs higher. In the US, the number of states where more than a third of adults are obese has nearly doubled since 2018.

Judging by analysts' estimates, Wegovy will become a blockbuster next year, with annual revenue climbing to $3.2 billion in 2024. The drug works by mimicking a hormone called GLP-1 that targets areas of the brain that regulate appetite and food intake, and it's not without side effects. Patients report symptoms ranging from vomiting to acid reflux.

Novo last week raised its profit and sales outlook for the year a second time on the back of the strong demand. Given its performance lately, the upper end of the outlook should be "readily achievable," according to Peter Welford, an analyst at Jefferies.