New E-Tattoos To Turn Your Skin Into Smartphone Controls 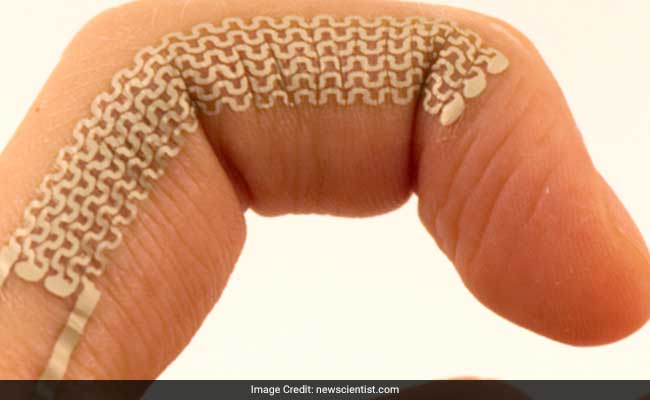 The electronic tattoos, called SkinMarks, are thinner than the width of a human hair, says scientists.

Berlin: Scientists have developed ultra thin temporary electronic tattoos which can turn skin blemishes and wrinkles into touch-sensitive buttons for controlling your smartphone.

Researchers, including those from Saarland University in Germany, used conductive ink to print wires and electrodes on temporary tattoo paper.

The tattoos, called SkinMarks, are thinner than the width of a human hair. These tattoos are transferred onto the skin using water and last a couple of days before rubbing off, 'New scientist' reported.

"People intuitively know the location of their own bumps and birthmarks, which makes them ideal locations for touch-sensitive buttons", said Martin Weigel of Saarland University.

"You could adjust your smartphone volume by sliding one finger across a tattoo placed along the side of another finger. Bend the tattooed finger, and the volume slider could become a play and pause button," researchers said.

Similarly, tattoos on the knuckles could act as four distinct buttons when the hand is making a fist, but then function as one long slider when the fingers are extended.

Promoted
Listen to the latest songs, only on JioSaavn.com
"We make use of the elastic properties of the skin, including bending and stretching," said Juergen Steimle of Saarland University.

"By having the tattoos responsive to changes in the skin surface, they incorporate multiple commands at one location," he added.
Comments
E-TattoosElectronic TattooSkinMarksControlling your smartphone