Never Bowed Down To Anyone: Imran Khan Denies "Begging Abroad"

Pakistan Peoples Party (PPP) chairman Bilawal Bhutto Zardari's had earlier this week claimed that Khan has caused "embarrassment" to the nation during his maiden visit to the US. 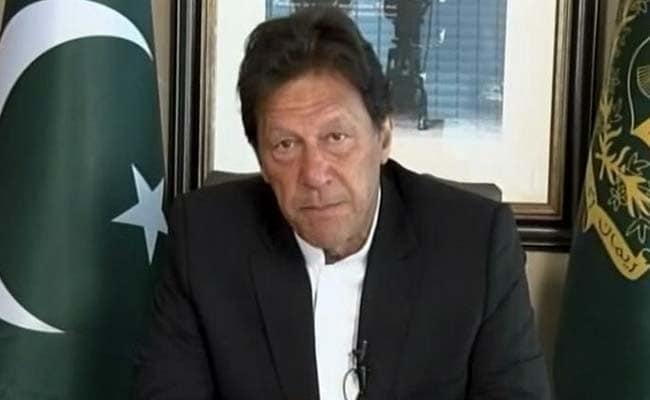 Imran Khan flew to the US on a commercial flight instead of a private jet to cut down on expenses.

Pakistan Prime Minister Imran Khan on Thursday said that he never bowed down to anyone, countering allegations by the country's opposition of "begging" abroad in the middle of a financial crunch.

"Neither have I bowed down to anyone nor will I let my nation to do so. We are a self-respecting nation. All my struggle is focused to make our country one of the great nations of the world based on the principles set by the Holy Prophet (peace be upon him) upon which he founded the state of Madinah," Imran Khan said while addressing a gathering at Islamabad airport upon returning to Pakistan after his three-day trip to the United States.

Pakistan Peoples Party (PPP) chairman Bilawal Bhutto Zardari's had earlier this week claimed that Imran Khan has caused "embarrassment" to the nation during his first visit to the US.

Describing Imran Khan as "Selected Prime Minister", Bilawal had tweeted, "Pitty even when representing our country abroad Selected PM can''t get of his container".

"Imran is a ruler, not a leader. Pakistan needs a leader who speaks for all Pakistanis, not just himself. If the government does opposition & opposition does opposition then who''s left to run the country?" he added.

Imran Khan flew to the US on a commercial flight instead of a private jet to cut down on expenses. He was not accorded state protocol in the country and was instead received by Foreign Minister Shah Mahmood Qureshi at the Dulles International Airport.

During his visit, Imran Khan had his first face-to-face interaction with US President Donald Trump. He also met Secretary of State Micheal R Pompeo.