Netflix's '13 Reasons Why' Adds New Warning Video: "This Series May Not Be Right For You"

The series launched a debate over the portrayal of sensitive subjects such as teen suicide, rape and substance abuse in pop culture. 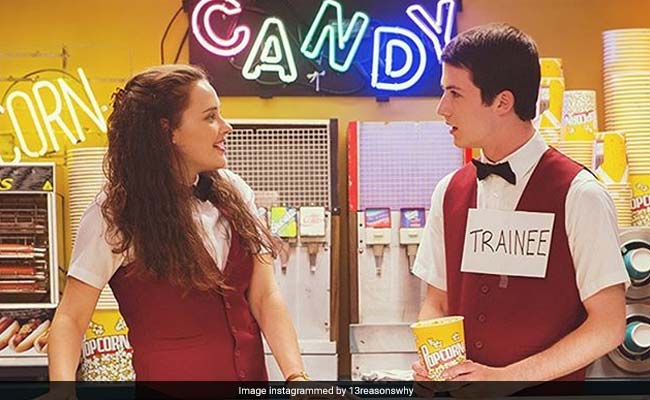 The series is based on a young adult novel by Jay Asher.

When Netflix's "13 Reasons Why" - a show centered on a teenager's suicide - premiered nearly a year ago, it did more than just raise the eyebrows of a few concerned parents.

The series, based on a young adult novel by Jay Asher, launched a debate over the portrayal of sensitive subjects such as teen suicide, rape and substance abuse in pop culture, and led to Netflix adding even more trigger warnings to Season 1's episodes.

The show's second season is scheduled to premiere later this year and Netflix is stepping up its game. The streaming service announced Wednesday that it will do more to ensure the series' content does not harm its audience.

Changes include the addition of a custom warning video that will play at the start of each season and more resources to help parents and teen viewers, according to a statement from Netflix posted online.

"Soon after the Season 1 launch, we saw global conversation explode on the controversial topics covered by the series and understood we had a responsibility to support these important discussions," Brian Wright, Netflix's vice president of original series, said in the statement.

The new introductory video features four of the show's cast members - Dylan Minnette, Katherine Langford, Justin Prentice and Alisha Boe - speaking to viewers as themselves, not their characters.

In the video, the cast explains that the fictional show "tackles tough real-world issues," adding that they hope the series helps viewers start a conversation.

"But if you're struggling with these issues yourself, this series may not be right for you, or you may want to watch it with a trusted adult," Boe says in the clip.

Minnette then appears, replacing Boe, and lists resources people can use if they feel like they need help.

Aside from the video, Netflix has added a downloadable viewing guide to help parents and teens talk about the show's difficult themes, according to the online statement.

The second season also will include a new after-show, featuring the actors, experts and educators who helped inform Netflix's approach to the series, the statement said.

The changes stemmed from a recent study done by Northwestern University's Center on Media and Human Development, commissioned by Netflix to better understand how the show impacted viewers, according to the statement. The study analyzed responses from more than 5,000 teens, young adults and parents from the United States, Britain, Brazil, Australia and New Zealand.

It found that while "nearly three-quarters of teen and young adult viewers said the show made them feel more comfortable processing tough topics," a majority of parents surveyed wanted more resources, like guidance from mental health experts, the statement from Netflix said.

The show's first season drew hefty criticism for its graphic content, most notably the season finale's gut-wrenching scene in which one of the show's main characters, 17-year-old Hannah Baker, kills herself.

Many educators and school mental health professionals spoke out against the depiction of Hannah's suicide, warning parents that it "could contribute to a 'contagion effect' among students with mental illness and linking it to self-harm and suicide threats among young people," The Washington Post's Moriah Balingit reported.

Despite attempts to caution teens from watching "13 Reasons Why," and in some places even banning all discussion of it, the show's popularity skyrocketed.

Less than a month after it premiered, the series had already amassed more than 11 million tweets, making it the most tweeted-about show of 2017 at the time, according to Variety.

But, around the same time, a more problematic trend was appearing.

The Washington Post reported that in the weeks after people started watching the show, internet searches about suicide also increased, citing a study from JAMA Internal Medicine.

"Our analyses suggest '13 Reasons Why,' in its present form, has both increased suicidal awareness while unintentionally increasing suicidal ideation," the study's authors wrote. "The most rising queries focused on suicidal ideation. For instance, 'how to commit suicide', 'commit suicide' and 'how to kill yourself' were all significantly higher."

Some parents even blamed the show for causing their children to commit suicide.

"I feel it's dangerous for that small percentage of young adults who the show can become a trigger for them and I feel as if the show gives only one alternative for cyber bullying and other teenage issues," one of the girls' relatives said.

Those involved with the show, such as executive producer Selena Gomez, have defended its content, saying they stayed true to Asher's book.

"It's not an easy subject to talk about, but I'm very fortunate with how it's doing," Gomez told the AP in 2017. "I'm overwhelmed, you know. Very proud of it."

According to BuzzFeed News, the Northwestern University survey did not include questions about whether watching the show influenced viewers to have any suicidal thoughts.

Northwestern University professor Ellen Wartella, one of the study's leaders, told BuzzFeed News that they could not ask participants about suicidal thoughts or if the show negatively affected their mental health. Wartella said the questions were not approved by an institutional review board, a university group that works to ensure the confidentiality, safety and well-being of survey participants.

She added that the board would have required that "support and expertise" be provided to respondents to help them.

The study did reveal that the show has had a positive effect on some viewers.

Participants from all four regions reported helping others and "engaging in empathetic behaviors after watching," according to a statement from Northwestern University.

Alexis Lauricella, the report's co-author, said in the statement that teenagers reported the show made them think about how their own actions could impact others, and some even apologized to others for how they treated them.

Promoted
Listen to the latest songs, only on JioSaavn.com
"Given the highly egocentric stage adolescents are in, it was powerful to see adolescents thinking about how others are feeling," Lauricella said.

(This story has not been edited by NDTV staff and is auto-generated from a syndicated feed.)
Comments
13 reasons whyNetflix