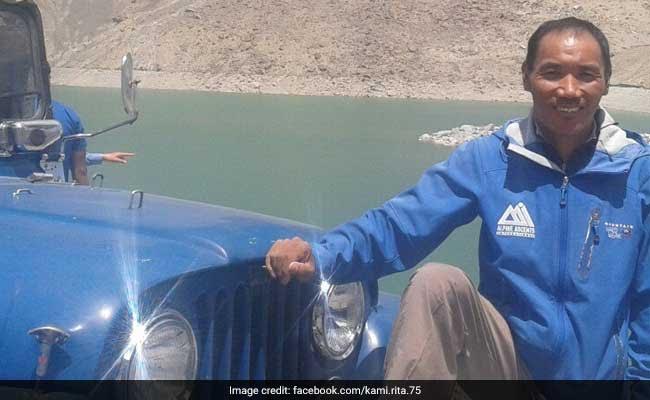 He became one of the three climbers in the world to hold the record for most of the summits on Mt Everest, Ang Tshering Sherpa, president of Nepal Mountaineering Association, said. Apa Sherpa and Phurba Tashi Sherpa are the climbers to have achieved the feat earlier.

Since Edmund Hillary and Tenzing Norgay first summitted Mount Everest in 1953, the peak has become the pinnacle of any high-altitude climber's career.

The final day of ascent goes over three prominent rocky steps on the north-east ridge at an altitude of more than 8,500m (27,887ft) in the so-called "death zone".

Ten fatalities occured on the world's tallest peak this season. Nearly 300 people have died on Mt Everest since the first ascent to the peak was made in 1953.

Promoted
Listen to the latest songs, only on JioSaavn.com
It is estimated that more than 200 dead bodies are still lying on the mountain.

Nepal has cleared 371 mountaineers to climb Mt Everest during the current season ending this month.