India has not endorsed the BRI, as the $50 billion China-Pakistan Economic Corridor, passes through Pakistan-occupied Kashmir (PoK). 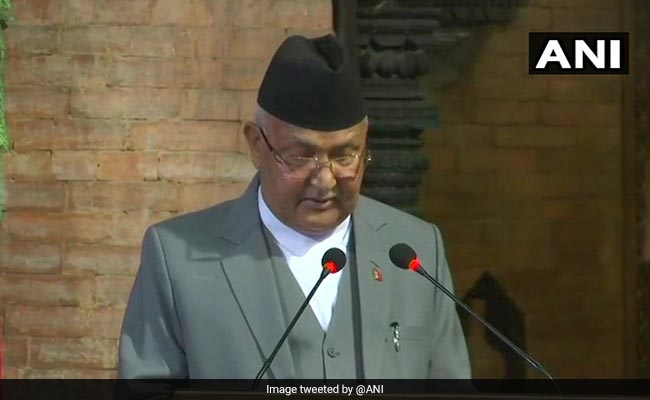 Ahead of his first official visit to Beijing since his re-election, Mr. Oli said that his government is fully committed to implementing the Memorandum of Understanding on cooperation under the framework of the BRI signed with China two years ago.

Chinese President Xi Jinping had unveiled the BRI in 2013 with an aim to link Southeast Asia, Central Asia, the Gulf region, Africa and Europe with a network of land and sea routes.

India has not endorsed the BRI, a pet project of Xi, as the $50 billion China-Pakistan Economic Corridor, which is part of the BRI, passes through Pakistan-occupied Kashmir (PoK).

India says it cannot accept a project that ignores its core concern on sovereignty and territorial integrity.

China has signed pacts with nearly 80 countries and international organisations for the BRI.

Nepal wants to discuss with China cooperation modality in implementing projects under the BRI framework during his visit to China, the prime minister said.

"Our two countries have common views on the concept of Trans-Himalayan Multi-Dimensional Transport Network. Based on this broad framework, we want to seek cooperation with China on cross-border connectivity of railway, road, transmission lines and other related areas for mutual benefit," Mr. Oli said.

Nepal viewes the BRI as an important development initiative, he said.

"China is our immediate neighbour. Our two countries share a long history of friendly relations which are multifaceted and deep rooted.

"Our relations are based on the solid foundation of the Five Principles of Peaceful Coexistence," he said, reiterating Nepal's long-standing one-China policy.

He vowed not to allow the use of Nepali territory in engagement of any activities against China, in an apparent reference to Tibetan refugees in Nepal whom China considers to be dangerous separatists intended to destabilising the Tibet Autonomous Region.

"China has always respected Nepal's sovereignty, territorial integrity and independence. It has been providing valuable assistance for Nepal's development efforts.

"Harmonious co-existence founded on the principle of good neighbourliness characterises our relationship. It has always been our sincere desire to maintain friendly relations with our neighbours," the Mr Oli said.

He said that he is looking forward to having substantive discussions with the Chinese leaders on ways and means to further widen and deepen bilateral relationship and areas of cooperation.

He believed that China can help a lot in his country's socio-economic transformation as Nepal is marching ahead to achieve economic prosperity at present.
Comments
KP Sharma OliBelt and Road InitiativeNepal CM China Visit