This is the highest-ever aid package being distributed to the farmers. The plan is subject to approval by the National Planning Commission and the Ministry of Finance, they said. 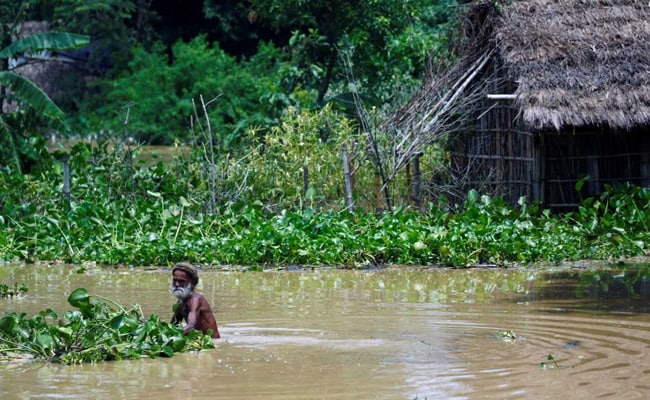 A relief package of Rs 1.25 billion will be given for flood affected districts in Nepal (Reuters)

Kathmandu: Nepal will distribute a whopping Rs 1.25 billion relief package to farmers in 30 districts who lost their crops due to flooding and landslides triggered by heavy rainfall in the country, officials said.

This is the highest-ever aid package being distributed to the farmers. The plan is subject to approval by the National Planning Commission and the Ministry of Finance, they said.

"The assistance will be issued in the form of immediate cash grants and subsidies on agricultural inputs," said Mr Suroj Pokhrel, secretary at the Ministry of Agricultural Development.

"The money will be transferred directly to the bank accounts of farmers who have suffered losses," he said. "It will make the distribution system transparent and benefit the target group," Mr Pokhrel said.

The grants will be distributed through the District Disaster Relief Committees (DDRC) led by the respective Chief District Officers (CDOs) after assessing the number of farmers affected by the floods.

Nearly 43,406 houses were completely destroyed and thousands more partially damaged, according to a report released by the ministry.

"The total losses in the farm sector have been assessed at Rs 5.84 billion," the ministry's spokesperson Yogendra Kumar Karki said, unveiling the final report of losses prepared by the government.

Under the proposed aid scheme, the ministry has set aside Rs 213.5 million, the largest chunk of the budget, to distribute urea fertiliser for top dressing of the paddy crops in flood-hit areas.