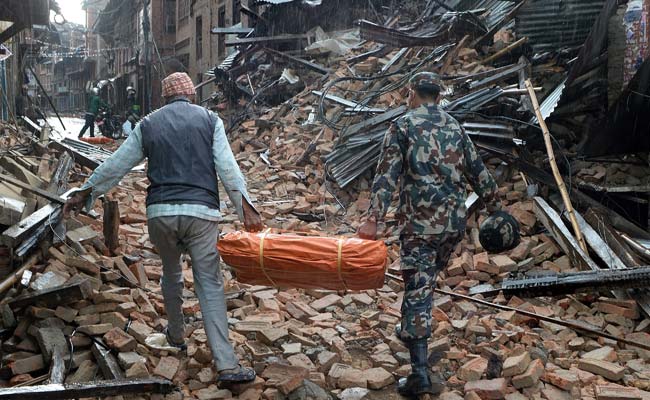 The Nepal government has said it would prioritise rescue and aid efforts from neighbouring countries, as it turned down an offer from Taiwan.

Taipei: Taiwan's foreign minister has said that the government of earthquake-devastated Nepal had rejected its offer of a 20-man rescue team, but denied diplomatic pressures were behind the decision.

The Taipei-based crew was put on standby on Sunday, with much of the Nepalese capital in ruins and more than 3,500 confirmed dead, but were told aid was being prioritised from neighbouring countries.

"The Nepalese told us that it would first accept such aid from neighbouring countries like India and Pakistan, considering the chaotic conditions in Nepal, and to take advantage of the golden window for rescue operations," minister David Lin said at a press conference in Taipei.

China, which considers Taiwan a renegade province and shares a border with Nepal, has also dispatched a 62-member rescue team to Kathmandu along with a group of medics.

More than 90 people have been killed in India and China since the quake struck.

Lin denied local media speculation that politics were a factor in the Nepalese government's decision, but he was unable to explain why Nepal had accepted a team from Japan, even though Tokyo is around 1,500 kilometres (930 miles) further away from Kathmandu than Taipei.

Nepal does not recognise Taiwan, considered by China as part of its territory awaiting to be reunited since their split in 1949 at the end of a civil war.

Lin said however that Taiwan's government, civil aid and religious groups were working together to send several medical groups to Nepal on Tuesday.

Promoted
Listen to the latest songs, only on JioSaavn.com
"We now are centering our relief efforts on medical service, rehabilitation and raising funds for the Nepalese people," he said, adding that Taiwanese government has donated $300,000 in humanitarian aid to Nepal.

As of late Monday, 21 Taiwanese travellers in Nepal were still unaccounted for.