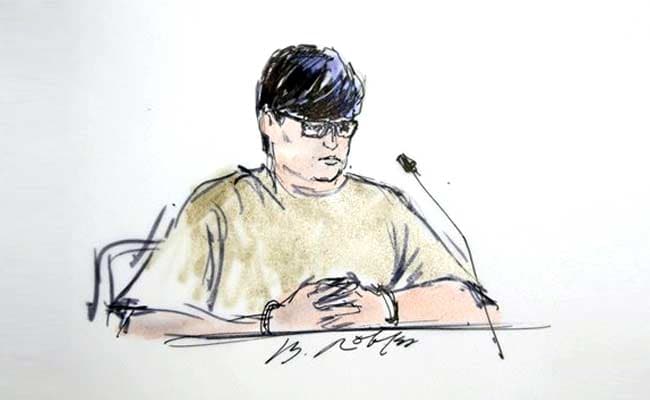 Los Angeles: A former neighbour who prosecutors say supplied assault rifles to the couple who massacred 14 people at a county office building in San Bernardino, California, was indicted on Wednesday on charges of conspiring to provide material support to terrorists.

Enrique Marquez, 24, was charged with conspiring with San Bernardino gunman Syed Rizwan Farook in 2011 and 2012 to support a terrorist attack that was never carried out.

Farook and his wife, Tashfeen Malik, stormed into a holiday party attended by his co-workers at a San Bernardino County social services agency and opened fire on Dec. 2, killing 14 people and wounding 22 others.

Authorities have said that the couple were inspired by Islamic extremism, calling it the deadliest such attack on U.S. soil since Sept. 11, 2001.

Marquez was also accused in the indictment, which was handed down in U.S. District Court in Los Angeles, of lying to federal authorities about the purchase of two assault rifles that were used by Farook and his wife in the San Bernardino shooting rampage.

Marquez is also charged with entering into a sham marriage with a Russian woman in Farook's extended family so that she could live in the United States.

The indictment supersedes a criminal complaint containing similar charges that was filed against Marquez earlier this month and allows prosecutors to proceed to trial without holding a lengthy evidentiary hearing where they would have to prove sufficient evidence.

"Defendant Marquez's extensive plotting with Syed Rizwan Farook in 2011 and 2012, and his purchase of explosive powder and two firearms, provided the foundation for the murders that occurred this month," U.S. Attorney Eileen Decker said in a written statement.

"This indictment is the result of sustained and coordinated efforts by many federal and state prosecutors, agents and officers, and I thank them for their efforts," Decker said.

Prosecutors say Farook and Marquez met in 2004 when they became neighbours in Riverside, California and that Farook introduced the younger man to radical Islamic theology.

According to an FBI affidavit, Farook and Marquez were plotting gun and bomb attacks as early as 2011, but never carried them out.