The first such package was discovered Monday at the New York home of George Soros, a billionaire activist known to fund pro-democracy and liberal political groups. 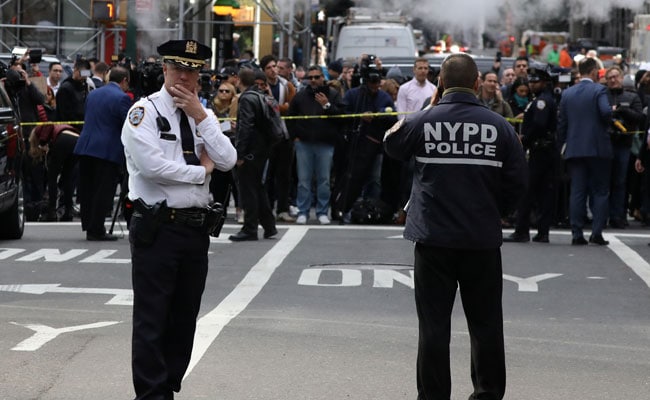 Neither bomb got close to their intended target, according to law enforcement officials. (Reuters)

The discovery of five pipe bombs mailed to prominent Democrats, CNN and a liberal billionaire put the country on edge Wednesday and sent law enforcement officials scrambling to prevent any more packages from reaching their targets.

Neither bomb got close to their intended target, and neither contained a written message, according to law enforcement officials, but the twin discoveries led to other undetonated devices being found elsewhere, including in the mailroom at CNN's New York headquarters and a district office of Rep. Debbie Wasserman Schultz, D-Fla.

NYPD Commissioner James O'Neill said police found what "appeared to be a live explosive device" at CNN, though officials did not immediately say how effective that or the other devices might have been at causing damage.

As more devices were discovered, a disturbing pattern emerged - the suspect or suspects appeared to be targeting prominent figures on the political left.

The first such package was discovered Monday at the New York home of George Soros, a billionaire activist known to fund pro-democracy and liberal political groups.

Officials described the devices as attempted acts of terrorism and cautioned the number of bombs - and intended victims - could grow. FBI Director Christopher Wray issued an appeal for the public's help to catch the suspect and warned people not to touch suspicious packages.

Officials said the packages used as a return address the office of Wasserman Schultz, who chaired the Democratic National Committee during part of the 2016 campaign. One such package used an incorrect address for former attorney general Eric Holder, and it was "returned" to Wasserman Schultz's office in Sunrise, Florida, where it was intercepted, according to officials. Authorities do not believe she had anything to do with the packages and think she was a potential victim. A spokesman for Holder declined to comment.

Another pipe bomb was found in the mail at CNN's headquarters in New York, addressed to John Brennan, former CIA director under the Obama administration. Since leaving the government, Brennan has been an outspoken critic of President Donald Trump; he is an on-air analyst for NBC News and MSNBC, rather than CNN.

At a congressional mail-sorting facility, investigators intercepted a similar-looking package addressed to Rep. Maxine Waters, D-Calif., but FBI officials did not list that package among those it was examining.

In a statement Waters said she had been told by police that her office "was the target of a suspicious package that has been referred to the FBI. I am appreciative of the law enforcement entities who intercepted the package and are investigating this matter. I unequivocally condemn any and all acts of violence and terror." 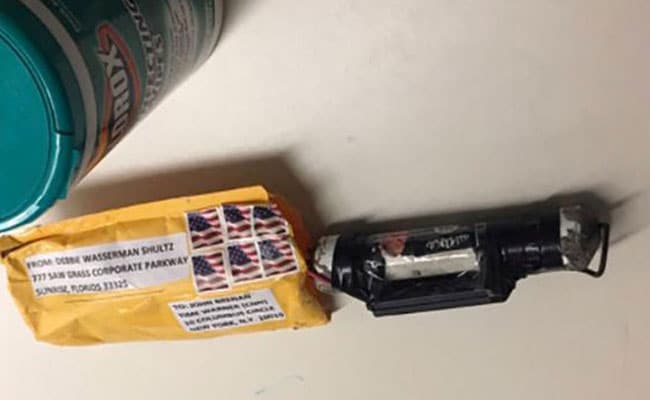 A handout picture of a package containing a "live explosive device" according to police, received at the Time Warner Center, which houses the CNN New York bureau, in New York. (Reuters)

Law enforcement officials described the devices as pipes stuffed with explosive material and wrapped in electrical wire and tape, but they provided no detail on how they would have been detonated. The FBI, the Secret Service, the New York Police Department and other agencies kicked into high gear Wednesday morning trying to determine who was behind the bombs - and how many more may be en route to intended victims. At least two of the devices appeared to have been hand-delivered, according to law enforcement officials.

"We will not rest until we stop these hazardous devices from being mailed and bring the individual or individuals to justice," said Bryan Paarmann, an FBI counterterrorism official. The devices have been sent to the FBI's lab in Quantico, Virginia, for further analysis.

Malcolm Brady, a former Bureau of Alcohol, Tobacco, Firearms and Explosives official who spent decades investigating bomb suspects, said federal agents are carefully poring over the packages for any clues they may hold as to the identity or location of the sender.

"You have to be extremely careful when you examine this stuff, because a piece of tape could have a fingerprint on it," said Brady.

Most mail-bombing suspects are "loner types," said Brady, who added he doubts this suspect made a mistake when he used a bad address for Holder.

"That looks like an intentional manipulation of the system, to try to get it to go to the congresswoman. I strongly suspect he wanted that package to go to her. That suggests he's really focused on her," said Brady.

"We will not be intimidated by this attempted act of violence. This appalling attack on our democracy must be vigorously prosecuted, and I am deeply disturbed by the way my name was used," she said. "Today, my staff and I will hug each other and our loved ones tightly, and tomorrow get back to work serving the people I was elected to represent."

Amid the frenetic pace of the investigation, some alarms turned out to be false. A suspicious package sent to New York Gov. Andrew Cuomo, D, was in fact a thumb drive, according to the NYPD. Authorities also searched an office building in San Diego that houses a newspaper before concluding there was nothing dangerous there.

The known recipients of the bombs are all frequent targets of conservative politicians, including Trump. Speaking at the White House, the president decried the bombs and pledged that the federal government would bring those responsible to justice.

"In these times, we have to unify," he said. "We have to come together and send one very clear, strong and unmistakable message that acts or threats of political violence of any kind have no place in the United States of America."

Those words did not satisfy CNN President Jeff Zucker, who issued a statement sharply critical of the administration's posture toward the press.

"There is a total and complete lack of understanding at the White House about the seriousness of their continued attacks on the media," Zucker said. "The president, and especially the White House press secretary, should understand their words matter. Thus far, they have shown no comprehension of that."

An Obama representative referred questions to the Secret Service. Speaking in Florida on Wednesday, Clinton said her family was "fine, thanks to the men and women of the Secret Service who intercepted the package addressed to us long before it made its way to our home."

She also spoke to the anger pulsing through American politics: "It is a troubling time, isn't it? It is a time of deep divisions, and we have to do everything we can to bring our country together."

"This clearly is an act of terror, attempting to undermine our free press and leaders of this country through acts of violence," de Blasio said.

As news of the homemade bombs spread, authorities vowed to ramp up security measures. The NYPD increased patrols in areas linked to public figures and at media offices.

The Senate sergeant at arms sent a message to senators and their staffers advising them to be cautious when handling mail and reminding people not to bring unopened mail or packages from outside into their Senate offices.

About 30 offices associated with the political work of Tom Steyer, a major Democratic donor, have stepped up security significantly in the past 48 hours in light of the threats to Soros and others, said Erik Olvera, spokesman for Steyer's group Need to Impeach. They have also increased security measures for Steyer, the biggest donor to super PACs supporting liberal causes and candidates this election cycle.