Nathan Larson, 37, is hoping to take his views toward the mainstream by mounting a campaign for a congressional seat in Virginia. 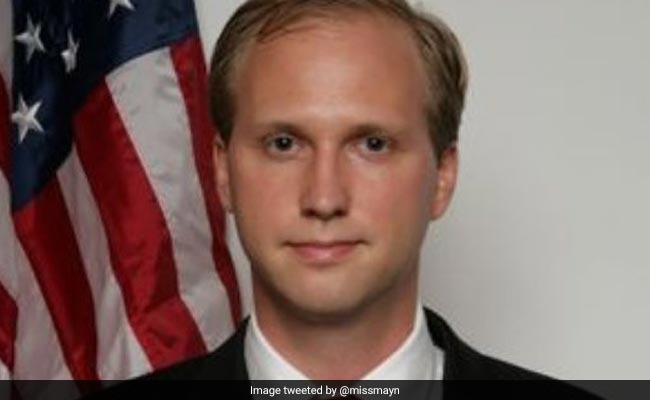 Larson served 16 months in prison in 2009 after he pleaded guilty to threatening to kill US president.

Nathan Larson lives with his parents, and spends most of his waking hours on the Internet in between intermittent work as an accountant. And it's mostly there that he's developed some views that put him on the extreme fringes of society.

He believes in instituting a patriarchal system, with women under the authority of men; he supports abolishing age restrictions for marriage and laws against marital rape; he believes that white supremacy is a "system that works," that Hitler was a "good thing for Germany," and that incest should be legalized, at least in the context of marriage. And at one point in a conversation with The Post, he seemed to express admiration for the system run by the Taliban in Afghanistan, noting that the country's birthrate fell as a consequence of increased opportunities for women after the United States' more than decade-long intervention.

But Larson, 37, is hoping to take his views toward the mainstream by mounting a campaign for a congressional seat in Virginia, running as a Libertarian for the state's 10th district, a swath of land across three counties in northern Virginia outside the Washington suburbs. The seat is currently held by Republican Barbara Comstock, but has attracted strong Democratic interest; Hillary Clinton won the district by 10 percentage points in 2016.

Larson's campaign, which is his latest run after failed campaigns for Virginia's governorship and state legislature, has drawn attention for Larson's unabashedly extreme views. The HuffPost reported this week that Larson had created two websites that catered to the furthest fringes of the Internet: suiped.org and incelocalpse.today, information that Larson confirmed in an interview with The Post.

Both websites have since been removed by their domain hosts. Suiped or Suicidal Pedophiles, was a site and self-described organization created to lobby for pedophiles and other convicted or potential sex offenders to be able to kill themselves at clinics legally, according to cached images.

According to a cached image, Incelocalypse was created to "serve as both headquarters and casual hangout for the hardest core of the hardcore incels," the small but vocal community of "involuntary celibates" online who rage against feminism and a system of female empowerment that has deprived them of sexual gratification, an Internet subculture that has begun to draw some attention by mainstream media outlets.

Larson said he considers himself to be part of the "incel movement" and said his views took a turn for the more extreme after an acrimonious divorce. In 2015, his former wife was granted a restraining order against him after Larson returned to Virginia, where he grew up, from Colorado. And though his ex-wife later committed suicide, a custody battle unfolded for a child of his that she gave birth to after they split up, according to local media accounts. The El Paso County Attorney at the time, Robert Kern, argued successfully that Larson would not be a fit parent, according to the Colorado Springs Independent. Larson said he has only met his daughter once, during a supervised visit with a social worker.

Larson also has a criminal record. In 2009, he pleaded guilty to threatening to kill the U.S. president, for which he served 16 months in federal prison and three years of supervision upon his release. In a previous interview with The Post, he called a letter he sent to the Secret Service in 2008 warning of imminent plans to assassinate either President George W. Bush or President Barack Obama, an act of civil disobedience meant to call attention to the tyranny of the U.S. government. He also has a couple of misdemeanor convictions: One for the "use of computer for harassment," which Larson says was related to a lewd email he sent a woman while he was in college, and two others that pertain to marijuana possession.

Some conservatives have used Larson's candidacy to attack Virginia's voting laws, after Gov. Terry McAuliffe, D, restored voting and other civil rights to thousands of convicted felons across the state, including Larson.

Larson filed the initial paperwork with the Virginia Board of Elections to certify his latest candidacy in May. He said that he has also submitted the 1,000 signatures of potential voters required to run for Congress in Virginia. He said the goal of his candidacy was to try to "build a movement" and wasn't too worried about whether his message would resonate with voters.

"Build the morale among the incels help get them focused and get some traction," he said.

According to Larson, he never interacts in person with people from the forums that he built online.

Promoted
Listen to the latest songs, only on JioSaavn.com
He said he voted for Libertarian candidate Gary Johnson in the 2016 presidential election, though he supports some of the cultural changes that President Donald Trump has wrought.