Nanny Who Killed 2 Kids With Kitchen Knife Gets Life Term

Kevin and Marina Krim's two children, Lucia, 6, and Leo, 2 were killed by their nanny Yoselyn Ortega in 2012.

Ortega has been sentenced to the maximum penalty, life in sentence without parole. (Reuters)

It was a moment Kevin Krim had spent nearly six grief-stricken years waiting for: Yoselyn Ortega, the nanny convicted of killing Krim's 6-year-old and 2-year-old children, was to be sentenced.

Krim, 42, had for months sat through a trial that forced him again and again to relive that day in October 2012, when he turned on his phone after a flight to find a number of missed calls and voice mails, which filled him with the kind of dread fathers sometimes feel when they know something must be wrong with their children.

He hit play on a voice mail from his wife Marina Krim and "heard this background noise of screaming," he had testified. Marina Krim had come home to their apartment with the couple's third child to find the lights turned off. After searching for Lucia, 6, and Leo, 2, they found them in the bathroom, dead in the bathtub as Ortega was slashing her own neck with a kitchen knife. As Kevin Krim listened to the voice mails, two New York Police Department officers came on board the plane to escort him to the hospital.

On Monday, Krim asked the judge, Gregory Carro, to give Ortega, 55, a life sentence so that she "can never leave prison alive." 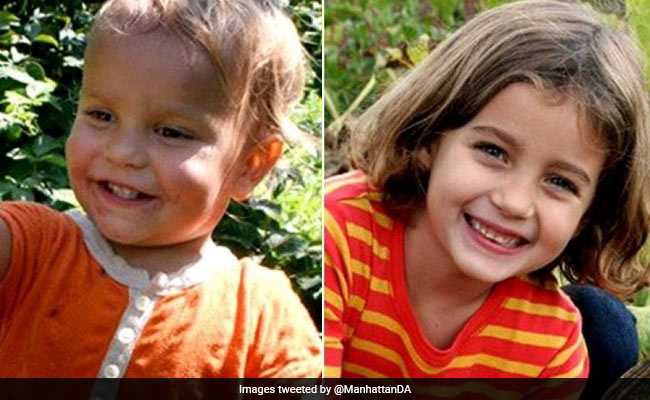 Ortega stabbed Lucia Krim and her brother Leo while they were in her care in 2012.

"The defendant knows nothing of responsibility or remorse," he said, according to the New York Times. "It is right that she should live and rot and die in a concrete and metal cage."

Carro sentenced Ortega to the maximum penalty, life in sentence without the possibility of parole, for fatally stabbing Lucia Krim, 6, and her brother Leo, 2, while they were in her care on Oct. 25, 2012. Before she was sentenced, Ortega tearfully asked for forgiveness, speaking for the first time since the start of the six-week trial.

"I'm very sorry for everything that happened," she said in Spanish, according to the Times.

Ortega had pleaded not guilty by reason of insanity. In April, she was found guilty of two counts of first-degree murder and two counts of second-degree murder. It was an emotional verdict for the jury, said David Curtis, a juror who held back tears after the verdict was read, CNN reported at the time.

"This was a very difficult decision for all of us. While the basic facts were very clear from the beginning, we also wanted to be sure that we were giving everybody a fair opportunity," Curtis said at a news conference. "It was not a decision we reached lightly or easily. There were some raised voices and a lot of tears. But I think we all feel good that we addressed all of the issues and fairly weighed everything that was presented to us."

Marina Krim wasn't present in the courtroom for the guilty verdict, as she had not been at the trial since she testified in early March. But she was in court Monday for the sentencing, and in a stirring statement said Ortega had not succeeded in her ultimate goal, the Times reported.

"The defendant set out to destroy what Kevin and I had created and built - an inspired, happy, thriving family," Krim said. "But she failed."

Ortega destroyed her own family, Krim said. "She has destroyed the pride her family once felt. She's destroyed any sense of peace they'll ever have."

According to the prosecution, Ortega - who was born in the Dominican Republic but is a naturalized U.S. citizen - had a difficult relationship with her employers, The Washington Post's Kyle Swenson reported in April. The nanny was in financial trouble after moving her son to the United States from the Dominican Republic and enrolling him in a private school. The Krims offered Ortega more hours to increase her pay, but the nanny's jealousy of her employers deepened.

"Did you see anything during the time of the defendant's employment that made you think she was mentally ill?" a prosecutor asked Kevin Krim at the trial, according to New York magazine.

"Absolutely not," the father replied. "Never. And I know what I know."

Ortega was originally recommended to the Krims by her sister, who worked as a nanny for a child who attended the same preschool as Lucia, New York magazine reported.

Now, the Krims are active in pushing for legislation that would make it illegal to lie on a job application or references involving child care. The Krims have since moved out of the apartment where the murders happened and have grown their family with the birth of two sons, in addition to their surviving daughter.

Nine of the jurors and alternates from the trial attended the sentencing Monday, sitting together in the second row.

"We all became like a family during this trial," juror Darnell Jones told the Times. "I've never been a part of something that mattered so much to people's lives."

(Except for the headline, this story has not been edited by NDTV staff and is published from a syndicated feed.)
Comments
New York nannyYoselyn Ortega