The foundation stone of the university was laid by Pakistan's Punjab Chief Minister Usman Buzdar and would be completed with an amount of over Rs 258 crores spread over 10 acres. 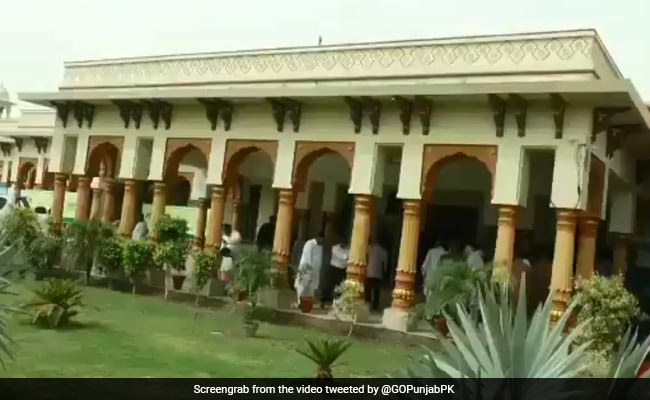 The government however has not yet declared about the tentative period the varsity would be built.

The foundation stone of Baba Guru Nanak International University has been laid in Nankana Sahib, the birth place of founder of Sikhism Baba Guru Nanak Dev, in Pakistan's Punjab province, more that a decade after its construction proposal first surfaced.

The foundation stone of the university was laid by Punjab Chief Minister Usman Buzdar on Friday and would be completed with an amount of over Rs 258 crores spread over 10 acres.

The government however has not yet declared about the tentative period the varsity would be built.

"The construction of the BGNU will begin once the legal formalities in this regard are met," an official of the Punjab government told news agency Press Trust of India on Saturday.

He said the work on this project will begin soon since the Nankana Sahib falls in the constituency of Federal Interior Minister Brig (R) Ijaz Shah.

"Brig Shah is a powerful minister in PM Imran Khan's cabinet and on his invitation Punjab CM Buzdar came to Nankana Sahib and laid the foundation stone of the BGNIU," he said.

Brig Shah recently took over as the interior minister.

"Establishment of Baba Guru Nanak University in Nankana Sahib is the part of prime minister's vision to facilitate students in Nankana Sahib and other adjoining districts," Usman Buzdar said.

The decision to construct the university came after the Sikhs living in Pakistan demanded a university after the name of the founder of their religion Baba Guru Nanak at his birthplace in Nankana Sahib.

The proposal of the university was first surfaced in the Punjab government of Pervaiz Elahi in 2003.

Two years ago in the government of Pakistan Muslim League-Nawaz (PML-N), the Evacuee Trust Property Board (ETPB) gave a final approval to the project.

Earlier this year, for the first time a Pakistani university had created the Baba Guru Nanak research chair to promote the message of peace that the Sikh spiritual leader preached.