'Hot Jupiters' planets experience strong winds blowing eastward near their equators, which can sometimes displace the hot spot toward the east. 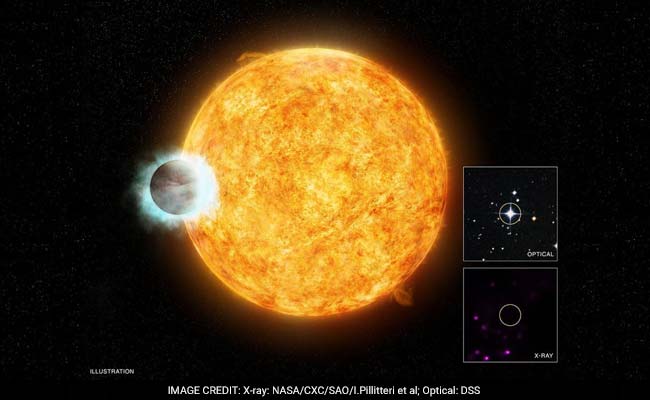 Exoplanet CoRoT-2b, discovered a decade ago is also called as "hot Jupiter" (Representational)

Toronto: Astronomers have discovered a mysterious hot spot 930 light years from Earth on a gaseous exoplanet, at a place where they did not expect to find it - a discovery that challenges scientists' understanding of such planets found in the solar systems outside our own.

Exoplanet CoRoT-2b, discovered a decade ago by a French-led space observatory mission, is also called as "hot Jupiter".

Unlike Jupiter, the so-called hot Jupiters circle astonishingly close to their host star -- so close that it typically takes fewer than three days to complete an orbit.

These planets experience strong winds blowing eastward near their equators, which can sometimes displace the hot spot toward the east.

However, the astronomers at McGill University in Canada, found that in the exoplanet CoRoT-2b, the hot spot turns out to lie in the opposite direction: west of centre.

"We've previously studied nine other hot Jupiter, giant planets orbiting super close to their star. In every case, they have had winds blowing to the east, as theory would predict," said Nicolas Cowan, astronomer at McGill.

"But...on this planet, the wind blows the wrong way. Since it's often the exceptions that prove the rule, we are hoping that studying this planet will help us understand what makes hot Jupiters tick," Cowan added.

This could be because the planet could be spinning so slowly that one rotation takes longer than a full orbit of its star, creating winds blowing toward the west rather than the east.

Moreover, CoRoT-2b's atmosphere could be interacting with its magnetic field to modify its wind pattern or large clouds covering the eastern side of the planet could be making it appear darker than it would otherwise.

The discovery, reported in the journal Nature Astronomy, was done using Spitzer's Infrared Array Camera to observe the planet while it completed an orbit around its host star.

Promoted
Listen to the latest songs, only on JioSaavn.com
The researchers also mapped the planet's surface brightness for the first time, revealing the westward hot spot.