The group, Free Joseon, which calls for the overthrow of North Korean leader Kim Jong Un, said it shared information it obtained with the FBI and characterized it as having "enormous potential value." 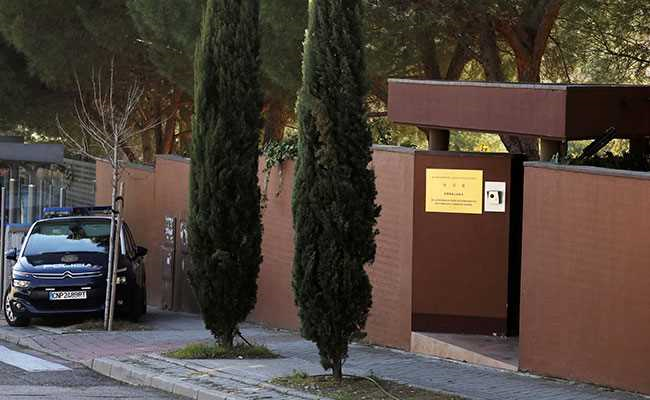 A revolutionary group that infiltrated North Korea's Embassy in Madrid last month, tied up staffers and escaped with computers and other items claimed responsibility for the raid Tuesday in a statement on its website.

The group, Free Joseon, which calls for the overthrow of North Korean leader Kim Jong Un, said it shared information it obtained with the FBI and characterized it as having "enormous potential value."

"This information was shared voluntarily and on their request, not our own," said the group, referring to its meeting with the FBI.

The group's claim of responsibility came after a judge in Spain lifted a secrecy order in the case Tuesday and accused an American, a Mexican and a South Korean of participating in the mysterious raid as a part of a 10-member group.

The judge, Jose de la Mata, said evidence of various crimes had been found, including trespassing, threats, illegal detentions and burglary committed by a "criminal organization." The judge said one of the men later shared material stolen from the embassy with the FBI.

When asked whether the FBI shared information about its meeting with the group with Spanish authorities, a spokeswoman for the FBI declined to comment directly, saying only that the bureau "enjoys a strong working relationship with our Spanish law enforcement partners that centers on information-sharing and regular cooperation around matters of mutual assistance."

The judge believes the assailants fled to the United States, according to a report by the Reuters news agency, and intends to request their extradition to Spain, where they could face a maximum of 28 years in prison.

When asked about a potential extradition of the assailants, Justice Department spokeswoman Nicole Navas Oxman said the department "does not publicly comment on correspondence with foreign governments on extradition matters."

The statement by Free Joseon, also known as the Cheollima Civil Defense group, pushed back against Spanish media reports that the group beat and gagged embassy staff.

"All occupants in the embassy were treated with dignity and necessary caution," the group wrote. It also claimed that "no other governments" were aware of the raid until after it occurred. Initial media reports in Spain said the CIA was involved.

State Department spokesman Robert Palladino said Tuesday that the U.S. government "had nothing to do with" the embassy raid.

The group's description of events could not be independently confirmed, but it said it had evidence "verifying our account."

In its message, Free Joseon justified its raid on the embassy, saying North Korean diplomatic facilities do not operate like those of other countries.

"The regime's embassies and offices are hubs of illicit narcotics and arms trafficking, mediums for the furtherance of propaganda of a totalitarian regime that systematically commit crimes against humanity against its own (and others) without current parallel," the statement said.

The group also complained that it shared information with the FBI "under mutually agreed terms of confidentiality" that appear "to have been broken."

The group said it is still involved in "sensitive work around the world" but noted that those who participated in the Madrid raid now have a "target" on their backs.

"We did not begin this work without full knowledge of the risks we bear," the statement said. "Freedom has already been paid with the blood of families and colleagues. Some of us will be imprisoned, tortured or killed in the course of this fight."

(Except for the headline, this story has not been edited by NDTV staff and is published from a syndicated feed.)
Comments
North Korean Embassy RaidKim Jong UnFBI