The day after a clarinet and cell phone were stolen, the items were returned along with an apology note. 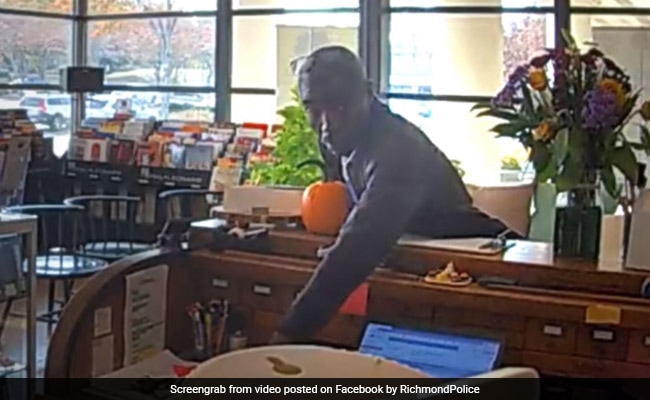 No doubt about it, crime has gotten harder at a time when surveillance cameras are everywhere. But maybe those cameras have made it easier to have a conscience.

Monday morning, a man walked into a music school and store in Richmond, Virginia, and when no one was looking, he swiped both a clarinet and a cellphone, Richmond police said. A camera behind the counter captured the whole thing, and Richmond police put that video on Twitter and Facebook Tuesday afternoon, seeking the public's help in finding the thief. Local television news also broadcast the video.

And so when employees at the Music Tree School of Music came to work Wednesday morning, they found the clarinet, the cellphone and an apology note waiting in a bag outside the store, Richmond police said.

"Please forgive I have been victimized myself," read the note, typed and printed out from a computer. "my bills are piling up. . . . I'm struggling but this doesn't give me the right to victimize anyone and I'm sorry."

"While we believe it is a rare occurrence for a suspect to return an item," Richmond police spokeswoman Chelsea Rarrick said, "the power of social media can often encourage people to do the right thing."

The man was only in the school for a few minutes, said co-owner Bill Hargis, and took a valuable clarinet that the school had just repaired. In watching the video, "it's fascinating how smooth and professional he was," Hargis said. "He did the right thing. He brought it back."

Hargis said he and his wife, who co-owns the Music Tree, hadn't decided whether to press charges. He said it would depend on whether the thief could be identified, and whether this was a one-time mistake, or one in a series of bad notes.

The episode happened around 11:40 a.m. Monday, in the Stony Point neighborhood west of downtown Richmond. Hargis said the man parked in a handicapped spot directly in front of the store, then came in and immediately asked about buying a tambourine, which cost about $8.

At the front counter was a Selmer Omega clarinet that had been brought in by a customer who had received the clarinet as a gift, Hargis said. The clarinet sells for $500 or more, the customer wanted to learn how to play it, and the Music Tree had just repaired it. "I really hated calling him to tell him it was stolen," Hargis said.

The full surveillance video apparently shows the thief moving the clarinet closer to himself each time Hargis turns his back, the school owner said. At one point while Hargis was making change for the $8 tambourine, the man reached over and snagged Hargis' cellphone, Hargis said.

"Then when he walked out the door, he reached down and picked up the clarinet," Hargis said.

Hargis and his wife have owned the Music Tree for six years, and only recently installed the surveillance cameras, though there is very little crime in the area around the school. "They did exactly what they were supposed to do," he said.

That included capturing the moment on Wednesday morning when the man brought the stolen items back. "He did it in a way we couldn't see him," Hargis said, evidently aware that he was again being recorded. His note says that neither of the items was harmed, and a second printed note included a quote, which begins: "I expect to pass through this world but once. Any good thing, therefore, that I can do, or any kindness that I can show to any fellow creature, let me do it now."