'Murderers! Murderers!': A Convicted Killer's Last Words As He Was Executed In Florida

Branch had been sentenced to die for the brutal rape and killing of 21-year-old Susan Morris, a video production student at University of West Florida. 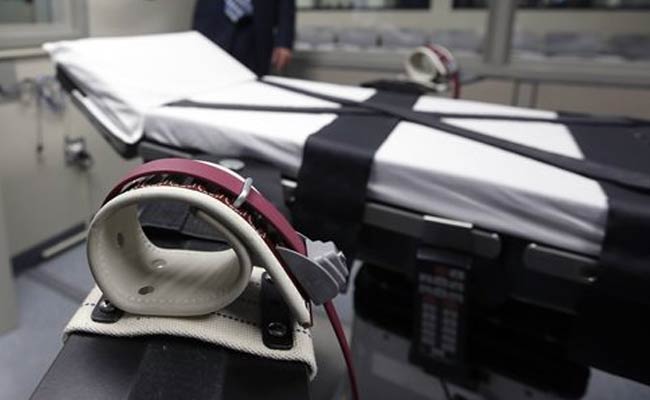 Branch was pronounced dead at 7:05 p.m. at the state prison in Starke, US. (File photo)

Before Eric Scott Branch was set to be executed for his crimes - the rape and brutal murder of a Florida college student - he turned to correctional officers and told them that they shouldn't have to kill him.

"Let them come down here and do it," Branch told the Florida State Prison officers Thursday evening, according to the Associated Press. "I've learned that you're good people, and this is not what you should be doing."

Moments later - as the 47-year-old death-row inmate began to receive the lethal injection drugs - he started to squirm and shout.

Branch was pronounced dead at 7:05 p.m. at the state prison in Starke, more than 40 miles southwest of Jacksonville.

When asked about Branch's scream and whether it could have been caused by the drugs, Florida Department of Corrections spokeswoman Michelle Glady told the AP that "there was no indication" that was the case.

Branch had been sentenced to die for the brutal rape and killing of 21-year-old Susan Morris, a video production student at University of West Florida.

Morris had gone missing one night in January 1993. Authorities said Branch tried to steal her car, grabbing her as she walked to her vehicle on campus and dragging her into a wooded area, where he raped her, beat her and strangled her to death.

Police said Morris then took the vehicle and drove it out of state, according to the AP.

Days later, Branch turned himself in, according to the Pensacola News Journal. He was eventually convicted of rape and murder.

Scott signed Branch's death warrant last week and set his execution for Thursday, bringing an end to his appeals, in which Branch had argued, among other things, that the decades he spent on death row amounted to "cruel and unusual" punishment.

"No one will ever bring our Susan Morris back, but someone, her murderer, will pay the price," University of West Florida President Emeritus Judy Bense after said the governor signed the warrant, according to ABC affiliate WEAR.

"It just had me full of anger and hate for such a long time, and I finally let go of that," Don Welker, a former classmate who knew Morris, told WEAR. "I was left with two choices: Either celebrate her, or have anger against him forever, and I chose to celebrate Susan. That was a much more positive and productive way to go."

In response to one of Branch's appeals, a Florida Supreme Court justice wrote that Morris "had been beaten, stomped, sexually assaulted and strangled. She bore numerous bruises and lacerations, both eyes were swollen shut," according to the AP. The court denied the appeal.

According to the AP, Branch had also been convicted of sexually assaulting a 14-year-old in Indiana "and of another sexual assault in the Florida Panhandle that took place just 10 days before Morris was killed, court records show."

The jury in his murder case recommended the death penalty by a 10-2 vote under Florida's old capital punishment system, which was ruled unconstitutional by the U.S. Supreme Court in 2016. The high court said juries must reach a unanimous recommendation for death and judges cannot overrule that. Florida legislators subsequently changed the system to comply.

Promoted
Listen to the latest songs, only on JioSaavn.com
One of Branch's final and unsuccessful appeals to the U.S. Supreme Court involved whether he deserved a new sentencing hearing because of that jury's 10-2 vote in his 1994 trial. The Florida Supreme Court has ruled that the new system of sentencing did not apply to inmates sentenced to death before 2002.

(This story has not been edited by NDTV staff and is auto-generated from a syndicated feed.)
Comments
Eric Scott BranchUS executions