Cedric Joseph Marks sprang from the van in Conroe, Texas, authorities said, shedding some of his clothes and triggering a manhunt. 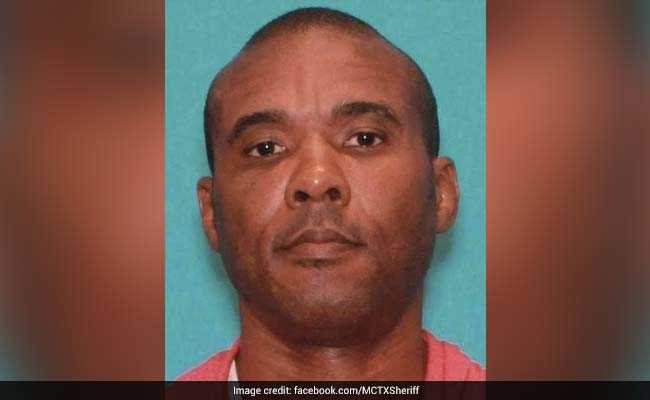 Cedric Joseph Marks, 44, has three pending murder charges against him.

The prisoner transfer van stopped at a McDonald's north of Houston for a quick breakfast Sunday morning. Cedric Joseph Marks saw an opening.

The mixed martial arts fighter sprang from the van in Conroe, Texas, authorities said in a news conference, shedding some of his clothes and triggering a manhunt.

Marks, 44, has three pending murder charges against him and is "considered extremely dangerous," the Montgomery County Sheriff's Office wrote on Twitter. He was wearing an orange jumpsuit and restraints when he fled. Police found his shirt while on his trail.

It was not immediately clear how Marks escaped. The van held 10 prisoners and two guards, although only Marks escaped, KCEN reported.

Marks had been extradited from Michigan after he was accused of breaking into the Temple, Texas, home of Jenna Scott, his ex-girlfriend, according to KCEN. Scott and her friend Michael Swearingin were found dead in Oklahoma on Jan 15.

Scott had filed a protective order against Marks in July, the station reported, following claims of physical abuse. She accused him of bragging of an ability to get away with murder.

Marks is also a person of interest in the 2009 disappearance of April Pease, a Washington state woman who had a child with Marks. They were engaged in a custody battle when she vanished, the station reported.

Marks fights under the moniker "Spider-Man" but hasn't stepped into the ring since last March, according to the MMA site Sherdog.