Soon A $60 Million Film On Dramatic Rescue Of Thai Boys From Cave: Report

The Thai cave rescue was the massive operation conducted to save the 12 boys trapped in Thailand''s Tham Luang Nang Non Cave. 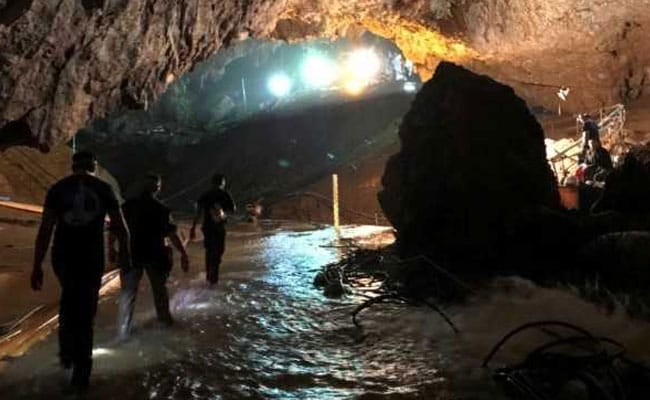 The Thai boys and their coach was rescued after being stuck in cave for over two weeks. (File)

The dramatic operation to rescue 12 boys and their coach from a cave in northern Thailand has caught the interest of Pure Flix Entertainment, which is out to secure movie rights to the story.

The banner's CEO Michael Scott on Tuesday took to Facebook and posted a video to make the announcement. The film will be co-produced by Adam Smith of Kaos Entertainment and will carry a budget of $30 million to $60 million, reports The Hollywood Reporter.

The Thai cave rescue was the massive operation conducted to save the 12 boys trapped in Thailand''s Tham Luang Nang Non Cave.

Mr Scott has been doing research in the rescue areas for several days.

"The bravery and heroism I''ve witnessed is incredibly inspiring, so, yes, this will be a movie for us," Mr Scott told The Hollywood Reporter during a phone call from Thailand.

Wanting to create the inspiring film, Mr Scott said: "I have spoken to some of the 90 divers involved in the rescue mission and some of the family members of boys who were trapped in the cave, though not the boys themselves as they are still hospitalised."

For Mr Scott, the story is personal as he lost his wife's friend Saman Kunan while volunteering as a rescuer.

"This isn't just about a movie, it's about honouring everybody involved, including the soldier who died," Mr Scott added.