Told Him Not To Follow The US Dream: Mother Of Drowned Salvadoran Migrant 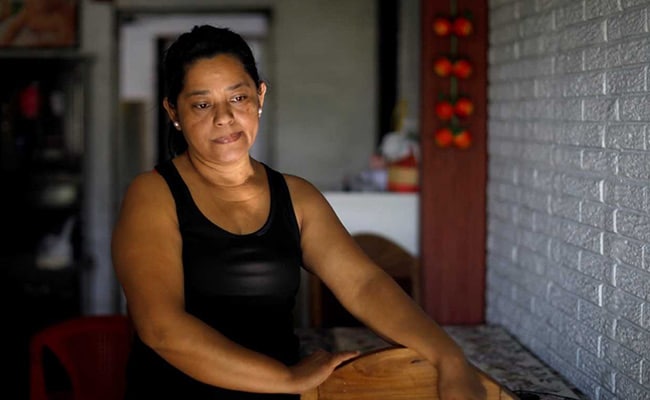 We are appealing to God because he is the only one who gives us strength, Rosa-Ramirez

The mother of a Salvadoran man who drowned with his young daughter while trying to reach U.S. soil and became a global symbol of the dangers of migration, said she urged her son not to "follow the American dream" before he left their country.

A harrowing photograph of Oscar Alberto Martinez and his toddler daughter Valeria lying face down on the banks of the Rio Grande river between the United States and Mexico ricocheted across social media this week and renewed debate in the United States about the plight of Central American migrants.

Speaking with Salvadoran newspaper La Prensa on Tuesday, Rosa Ramirez, Oscar's mother, choked back tears as she cradled photographs of the pair.

"I told him not to follow the American dream," she told La Prensa, citing the dangers of the journey. "Sadly what you all know happened. We are appealing to God because he is the only one who gives us strength."

Despite his mother's pleas, Oscar and his family left El Salvador in April, hoping to find work in the United States and eventually buy a house, Ramirez said.

Exasperated by the wait to apply for asylum, the family attempted to swim to U.S. soil on Sunday, an immigration official in the Mexican state of Tamaulipas said.

Tania Vanessa Avalos, Oscar's wife, survived, screaming "Where is my husband?" as rescue workers at the river bank carried away a stretcher covered with a white sheet, video images show.

The photograph of Oscar and Valeria, nestled beside her father with her arm draped around his neck, drew comparisons to an iconic 2015 shot of Aylan Kurdi, a three-year-old Syrian refugee, whose body washed up on the shores of the Mediterranean.

The U.N. refugee agency said the photo from the U.S. border represents "a failure to address the violence and desperation pushing people to take journeys of danger."

Pope Francis expressed great sorrow upon viewing the image, said the Vatican, whose newspaper published the photograph on its front page.

Migrants such as Oscar and his daughter face long waits to apply for asylum at the United States' shared border with Mexico as U.S. officials enforce a policy of "metering," which limits the number of people who can apply each day.

That system has contributed to growing numbers of migrants crossing the border illegally to hand themselves into authorities and ask for asylum.

Mexican officials pledged to do more to halt the flow of migrants to the United States after U.S. President Donald Trump threatened to slap tariffs on the country's exports this month unless it tightened procedures.

The perils of the journey weighed heavily on Ramirez as Oscar and his young family set off for the United States, she said. Now, she said, her primary concern is bringing their bodies back home.