Viviani Parisi, a 43-year old DJ, was last seen on the morning of August 3, climbing over a motorway barrier in Sicily after a minor road collision. One witness says she was carrying a child, another says she was alone. 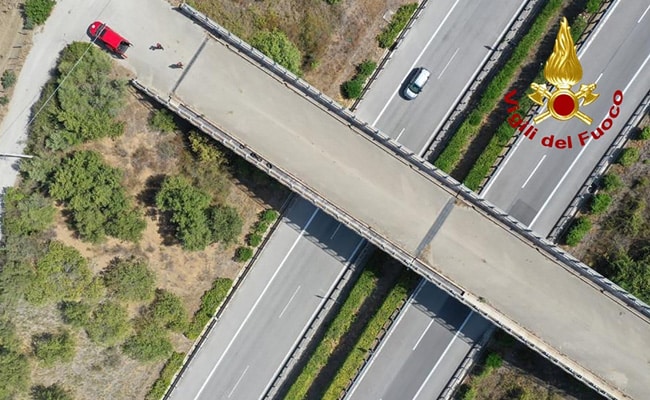 He was last seen with his mother, whose body has been recovered in suspicious circumstances. Now a race in the fierce summer heat to find missing four-year old Gioele is gripping Italy.

Viviani Parisi, a 43-year old DJ, was last seen on the morning of August 3, climbing over a motorway barrier in Sicily after a minor road collision. One witness says she was carrying a child, another says she was alone.

Her body was found five days later in a nearby forest close to the town of Caronia, lying at the foot of a high-voltage pylon.

A photograph of the blond musician with her wide smile, hugging Gioele, illustrates the media's daily updates on the case.

Prosecutor Angelo Cavallo, who heads up the investigation, has said his team have been unable yet to rule out accidental death, suicide or murder.

If it was an accident -- perhaps a fall from the pylon -- police say the boy may have wandered off and got lost. If Parisi was murdered, perhaps he was snatched.

According to the pathologist, Parisi likely died where her body was found. Her corpse bore no visible wounds -- though one arm was broken in several places -- and the state of decomposition made it impossible to determine whether she was strangled.

Viviana and Gioele disappeared after the DJ told her husband she was going to Messina to buy shoes. She was not spotted shopping, but her grey Opel Corsa was photographed on a slip road entering the motorway.

It was not possible to establish from the blurred images whether Gioele was alive in the back, Italian media said.

Gioele's father, Daniele Mondelo, told the Corriere della Sera daily his wife had been suffering from depression, which was aggravated by the coronavirus lockdown. But friends insisted to journalists that she would not harm a fly.

In Break With Past, UAE And Bahrain Forge Ties With Israel At White House