Mosquito Mercenaries? Machine-Bred Mosquitoes To Kill The Bad Ones

According to the plans, millions of sterile male mosquitoes will be released in Fresno county in California, which will then mate with wild female mosquitoes. 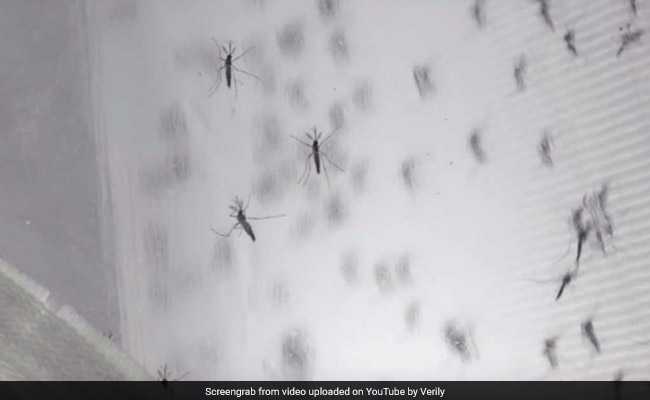 San Francisco: Google's parent company Alphabet and scientists in the US have teamed up to release 20 million machine-raised mosquitoes to shrink the numbers of the ones carrying diseases.

According to the plans, millions of sterile male mosquitoes will be released in Fresno county in California, which will then mate with wild female mosquitoes. The eggs the females lay won't hatch, a report in the Washington Post said.

The project, called Debug Fresno, is being undertaken by Verily, a subsidiary of Alphabet, Google's holding company.

Scientists said that the goal is to cut the numbers of Aedes aegypti mosquitoes -- the species responsible for spreading zika, dengue and chikungunya.

For 20 weeks, the company plans to release a million of the sterile, non-biting male mosquitoes in two neighbourhoods in Fresno county.

The male mosquitoes are bred and infected with Wolbachia, a bacterium that is naturally found in at least 40 per cent of all insect species, the report said.

"Over time, we hope to see a steep decline in the presence of Aedes aegypti in these communities," Verily was quoted as saying.

Promoted
Listen to the latest songs, only on JioSaavn.com
They said that the bacterium used to sterilise mosquitoes "is not known" to infect humans.