Over 10 Rockets Fired At Israel From Lebanon; Hezbollah Claims Attack 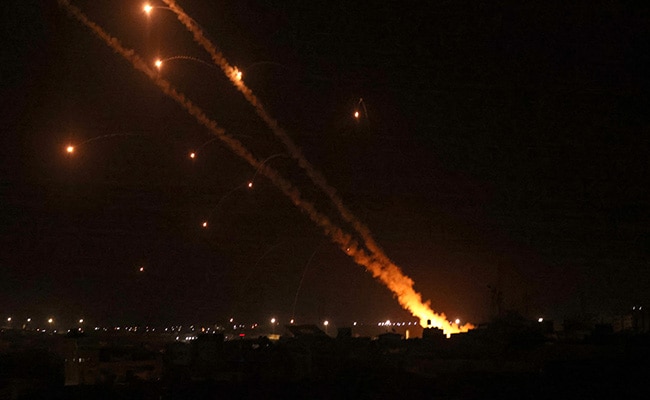 More than 10 rockets were fired at Israel from Lebanon. (File)

It is the first time that Hezbollah has directly claimed an attack on Israel since 2019, as tensions boil along the border following a week of tit-for-tat exchanges.

The latest round of rocket fire on Friday morning came "in response to the Israeli air raids" that hit south Lebanon on Thursday, Hezbollah said in a statement.

"The Islamic Resistance shelled open territory near positions of Israeli occupation forces in the Shebaa Farms with dozens of rockets," it said.

An AFP correspondent in south Lebanon said he heard several explosions and saw smoke rising from the Shebaa Farms.

The Israeli military said it was "currently striking the launch sources in Lebanon".

On Thursday, Israel carried out air strikes on Lebanon for the first time in seven years in response to a previous salvo of cross-border rocket fire. It had prviously

Israel has warned repeatedly that it will not allow a power vacuum and a deepening economic crisis in Beirut to undermine security on its northern border.

The Israeli military said it "views the state of Lebanon as responsible for all actions originating in its territory, and warns against further attempts to harm Israeli civilians and Israel's sovereignty".

The Shebaa Farms district is claimed by Lebanon and Hezbollah, but the United Nations, which has maintained a peacekeeping force in south Lebanon since 1978, regards it as part of the Syrian Golan Heights, which Israel has occupied since 1967 and unilaterally annexed in 1981.